THIS time last year, when the sun was blazing down and there was nothing to do all day but drink wine and eat cheese, I got it into my head that this new, slower, quieter life was the way forward.

There were no planes in the sky and no cars on the road. And with no parties, there was no need to haul myself into a jacket that didn’t fit any more and stand around all night making small talk.

Only a couple of weeks ago, I said on this very page that England was better, and that this year I wanted to take my vacation in Scarborough. Well I don’t[/caption]

Or go to the pub. Or go anywhere. Or do anything.

We could all go for walks and re-connect with our children, and suddenly there was time to actually finish a game of Monopoly.

It was bliss. Except it wasn’t.

This week, I went to an actual football match in which there were two disallowed goals, three real ones, a ridiculous penalty decision, massive, non-stop chanting and a fight. And there’s no getting round the fact that this beats going for a walk any day of the week.

It hasn’t stopped raining for a month, it’s so cold my nipples are like the Bakelite knobs on a Second World War radio ­transmitter[/caption]

I’ve also been to the pub, and sat inside, with a cold pint, chewing the fat with a neighbouring farmer from down the road.

That was pretty good too.

Then there’s the business of going on holiday. I’d managed to convince myself that we didn’t need to waste our money on a fortnight in Spain, getting sunburned and paying 40 euros for some paella, which is basically a plate full of used tea bags and prawn shells.

Only a couple of weeks ago, I said on this very page that England was better, and that this year I wanted to take my vacation in Scarborough. Well I don’t. It hasn’t stopped raining for a month, it’s so cold my nipples are like the Bakelite knobs on a Second World War radio ­transmitter. And as I write, it’s ­blowing the sort of gale you ­normally only find when you are sailing round Cape Horn.

I want to go to a beach as soon as possible, and read a thriller and burn my nose and wake up every morning in urgent need of a bloody Mary[/caption]

So I want to go to a beach as soon as possible, and read a thriller and burn my nose and wake up every morning in urgent need of a bloody Mary. And some Nurofen.

I know people say they’re confused by “amber” holiday destinations but it’s not hard to work out.

It’s like an “amber” traffic light. It means “speed up and go”.

I bet you even want to go back to the office.

We thought it was fun, working from home, but it isn’t because there’s no gossip and no flirting and no stopping off for a drink with colleagues after the day is done.

The simple truth is that, being British, we made the best of lockdown, telling ourselves that we’d make do and mend and keep calm and carry on. 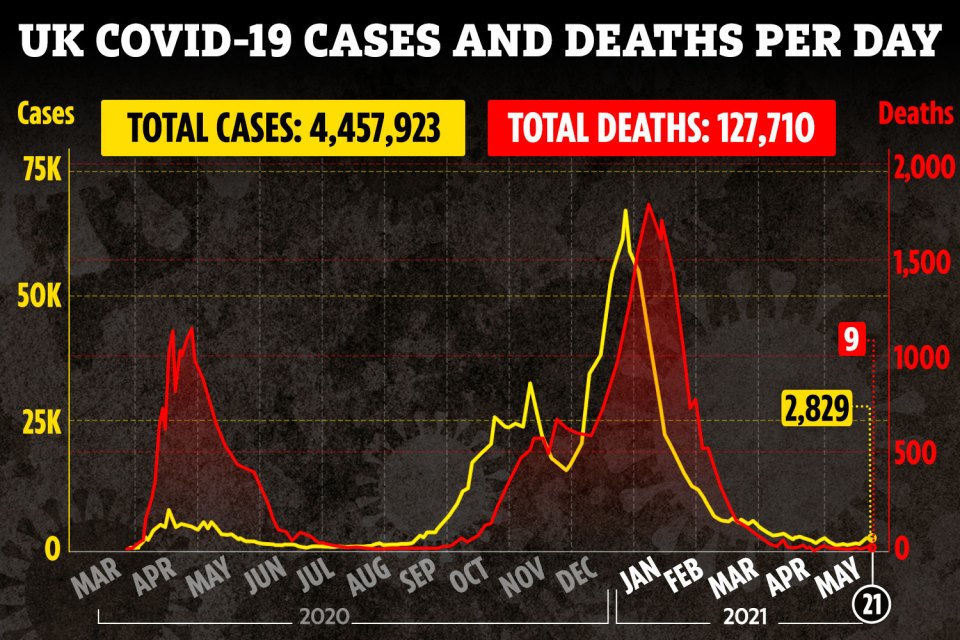 And that we actually enjoyed ­making bread and learning French.

But what we actually enjoy is coming home from the pub, arm in arm with our mates, and going to watch films and football, and being surrounded by people at work, and having our friends round for a barbecue.

I’m now thrilled all that’s back and that we can meet the new normal, which is exactly the same as the old normal. And I’m just praying that the anti-vaxxers of ­Bolton don’t mess it all up come June.

NAT HAS A KNACK FOR NEWS

Natalie Portman was in the news this week. Not sure why, but I am not complaining[/caption]

I SAW Natalie Portman was in the news this week. Not sure why. Something to do with not using AirPods.

But I’m not complaining. Let’s hope she’s in the news next week as well.

PLANS are afoot to repopulate Norfolk with “barndoor” eagles, so named because they are literally the size of barn doors. There is also a scheme that would see the majestic golden eagle reintroduced to Scotland.

Naturally, the nation’s sheep farmers are not very pleased about this, as eagles see baby lambs as a nice amuse bouche before lunch.

But there’s a bigger worry than that. I saw some footage this week of an eagle swooping down and trying to snatch an actual toddler.

I love our feathered friends, and I have great respect for Roy Dennis – the wonderful man behind these projects.

But sometimes I wish we could concentrate on helping all birds, not just the gigantic raptors.

GERMAN robbers who had tunnelled under a road in a bid to break into the vault of a bank were foiled when a passer-by noticed that a paving stone had subsided slightly and reported it to the relevant authorities.

Only in Germany, eh? Here, a dislodged paving stone wouldn’t stand out at all. 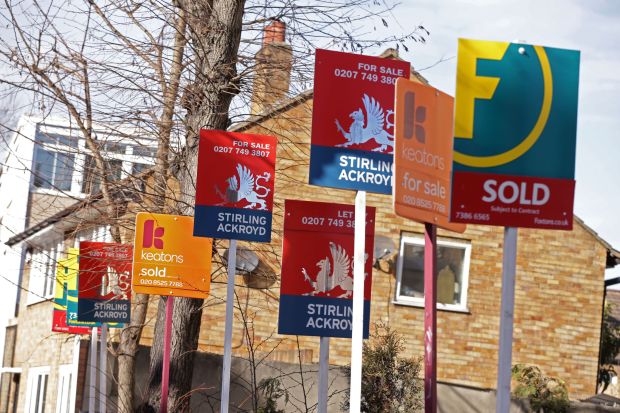 LOOKING to employ someone in the coming weeks?

At a previous job, she was paid £120,000 a year and when she became pregnant was given an evening out with mates to celebrate.

Later, her boss invited all his staff on an all-expenses- paid works outing to New York, and even brought the date of the trip forward so she could go before the baby was born. Now she’s suing him for unfair dismissal, after her request to work only four days a week was turned down.

WE read a heart-warming story this week about two sisters who had been abandoned at birth, and who grew up not knowing the other existed until they were brought together by DNA testing.

It reminded me of a friend who took a DNA test for fun and was horrified to hear that, somewhere out there in the big wide world, she had a twin sister.

She agonised about the news for months until finally, she plucked up the courage to confront her elderly mum. Who wasn’t quite as definite on the matter as she might have hoped.

She searched her head for clues, for any hints dropped in her life that might suggest she had a twin. But there was nothing. Until one day she remembered that she’d taken the test before, at a drunken party, some months earlier. 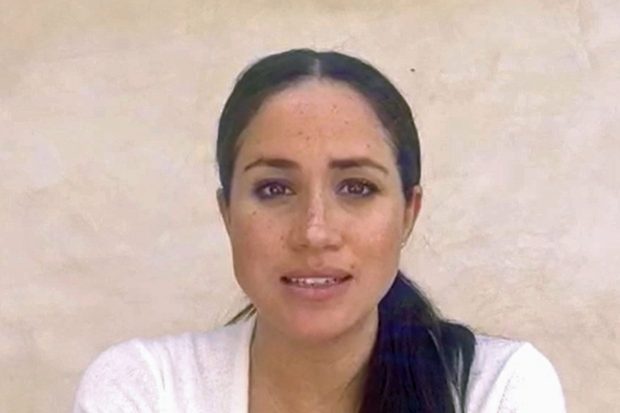 TEACHERS in California have decided that if pupils know that two and two equals four, they are racist.

Yup. Spurred on, no doubt, by the cult of Marklism, they’ve worked out that kids from black and Hispanic areas are less likely to get maths questions right, which means those who do are basically Nazis.

Excellent. As a man who’s never been able to do long division, I can claim I’m more woke than Meghan herself.

WE learned this week that the Cadbury Flake ice cream is called a “99” because that’s how many soldiers were used to guard the Italian monarchy.

Back when they had one.

We also learned – and this is a lot more interesting – that despite the fact it’s minus 400C out there, there’s a shortage.

Oh well. I guess I’ll have to have a Bovril instead.

Which, in case you’re ever a contestant on Who Wants To Be A Millionaire?, is named after a fictional extraterrestrial from a book called The Coming Race.


Notice to America: We are NOT all as stupid as this man

IT has been suggested that when players took the knee at last weekend’s FA Cup final, a chorus of disapproval could be heard.

Well I was there, and I didn’t hear any booing.

Mind you, that said, quite a few people were silently rolling their eyes.