PRINCE Harry left Charles “deeply hurt” by claiming in his latest US TV attack he let him suffer as a child.

Harry, who also accused his family of neglecting his mental health, risked ­widening the rift with brother William.

Read our Royal Family live blog for the latest updates

Harry, 36, said his father failed to protect him from ‘suffering’ as a child[/caption]

The US-based Prince was filmed crossing his arms during psychotherapy for the trauma of flying into London.

Harry, 36, said his father failed to protect him from “suffering” as a child — and claims he moved his family to America to “break the cycle”.

Charles’s youngest son said each time he and wife Meghan asked for help they were “met with total silence or total neglect”.

In a new Apple TV documentary, Harry claimed his family told him to “play the game” and that getting therapy was never encouraged even though he felt “trapped”.

He also accused his family of ­telling him and Meghan “you can’t do this” when they wanted to quit royal life — and of smearing his wife ahead of their bombshell interview with Oprah Winfrey.

Many of the allegations the pair made to Oprah in March are being investigated privately by the family — although the Queen has said “some recollections may vary”.

Sources close to Prince Charles, 72, said he is hurt over being made the villain.

A royal source said: “Father and son relations are at their lowest ever point.
“Harry says he wants reconciliation, but has clearly decided to ­villainise his father. Charles is just at a loss about what to do.

“Harry doesn’t seem to take into account that parenting styles have radically changed over recent years, especially the role a father plays.

In a new Apple TV documentary, Harry claimed his family told him to ‘play the game’[/caption]

“It’s just so wounding to him (Charles), he’s a sensitive man and these personal attacks hurt deeply. He can’t understand why Harry is doing this to him.

“He did so much for the wedding and even helped him move to Canada — contrary to what Harry has said.

“Charles is also frustrated that he can’t respond publicly to these accusations and the outlets that Harry is using do not have the burden of a right to reply.

“Harry just has carte blanche to say what he likes about his father while Charles must remain silent.”

Royal sources also revealed the Duke and Duchess of Sussex rejected help from the family and he only revealed he felt “trapped” after he met Meghan.

A source said: “Sophie Wessex reached out to Meghan to help, but she didn’t take her up on it.

“The Sussexes had a full household at their disposal with their own team that they chose and hired to help them. No one knew Harry felt this way. He never said so.”

Harry launched barbs against the Royal Family institution and his father in mental health documentary series The Me You Can’t See.

In one of the strongest attacks on Charles, Harry blasted: “It all comes back to the same people, the same business model, the same industry.

“Just because you suffered it doesn’t mean your kids have to ­suffer. In fact it’s the opposite. If you suffered, do everything you can to make sure any negative experiences you had mean you can make it right for your kids.”

Echoing comments he made last week about his father on a mental health podcast, he added: “Isn’t this all about breaking the cycle?

“It’s all about making sure history doesn’t repeat itself? That whatever pain and suffering that happened to you, you don’t pass on?”

Charles walked Meghan down the aisle[/caption]

Astonishingly, he alleged in the documentary, co-produced with chat queen Oprah that his family tried to stop him quitting royal duty. He said: “For me therapy has equipped me to be able to take on anything. That’s why I’m here now. That’s why my wife is here now.

“That feeling of being trapped within the family is . . . there was no option to leave. Eventually when I made that decision for my family I was still told, ‘you can’t do this’.”

Although the Duke of Sussex revealed he felt “ashamed” when Meghan, 39, confessed she felt ­suicidal, he slammed the monarchy, claiming they turned down every request for help.

He told the documentary: “I was ashamed that it got this bad. I was ashamed to go to my family. Because to be honest with you, like a lot of other people my age can probably relate to, I know that I’m not going to get from my ­family what I need.”

Harry also accused the royals of briefing against him and Meghan — who have two-year-old son Archie — ahead of their US TV chat.

He said: “Before the Oprah interview had aired, because of their headlines and that combined effort of The Firm and the media to smear her, I was woken up in the middle of the night to her (Meghan) crying in her pillow — because she doesn’t want to wake me up because I’m already carrying too much.

Harry’s attacks on Prince Charles and The Firm go back to his childhood as he claimed “no one was talking about it” after Princess Diana’s death in 1997. It was not until his late 20s when he claimed he raised his mental health problems with his family.

And he says he suffered “burnout” by being the family’s “yes man” taking in royal engagements around the world.

He also talked about how London is a “trigger” for his anxiety and it got so bad he was “afraid” of ­coming back for the Duke of ­Edinburgh’s funeral last month.

He is expected to face his family and brother Prince William, 38, again at the unveiling of Princess Diana’s statue at Kensington Palace on July 1.

Harry’s biographer Penny Junor, author of Prince Harry: Brother, Soldier, Son, warned his relationship with Charles could be over.

She said: “It’s ironic that Harry says he does not want history to repeat itself, but that’s what he is engineering here. It’s history repeating itself.

“He’s saying he wants to break the cycle. But if he really was serious about wanting to get away, wanting to protect his wife and his child, and breaking the cycle, he should have gone to the US and just kept their heads down and become private individuals.

“Is Archie really going to be able to settle into normal life, with normal friends, and be anonymous if he chooses, if his parents had made such a public show of what they felt about other members of his family?”

Ingrid Seward, editor-in-chief of Majesty Magazine, said: “I know a lot of people when they go into therapy are inclined to blame their parents for what happened to them.

“But I find it so hard to understand what Harry’s trying to do because he had the most magical childhood and should stop blaming his family.

“He was given everything. Diana spoiled him rotten and Prince Charles was a wonderful father to those boys.

“He is certainly blaming his family and indeed damaging them in doing so. It’s incredibly hurtful for them. I imagine it makes them very angry.”

Harry has claimed he was neglected by his family[/caption]


Wills confesses 'lockdown has tested everyone' but shrugs off Harry's bombshell


Queen & Charles 'dismayed' by Harry claims & 'will be tearing hair out'

Meanwhile, Oprah, 67, appeared to acknowledge that her interviews with the Prince are driving a wedge between him and his family,

Her friend Gayle King asked: “Do you think him (Harry) being as candid as he is is going to help him with the Royal Family?”

Oprah replied: “I don’t know if this helps the Royal Family.” 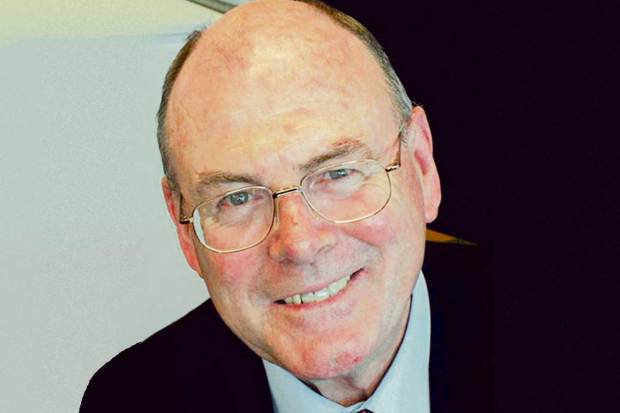 I HAVE seen just how close Prince Harry used to be with his father Prince Charles.

At a memorial service for Diana in 2007, there was an affectionate kiss from a proud dad to his son, while Harry responded with a warm smile.

So when I hear Harry again take a very public potshot at his father over the pain of his childhood, I feel for our future king.

Both boys must have gone through untold suffering after their mum died.

But Charles did his level best to bring them both up in the tragic circumstances.

He was mercilessly bullied at Scottish boarding school Gordonstoun. So Harry and William were sent to Eton, in the shadow of Windsor Castle.

Harry always wanted an Army career and he got that, I’m sure with his father’s support.

Prince Charles isn’t perfect, who is? But he’s a decent and kind man who I believe would always do the right thing for his family.

I think these public attacks from Harry on Charles are deeply disrespectful.

Ultimately, I believe they will tarnish Harry’s reputation while Charles maintains a dignified silence.

We should have Bank Holiday every year to honour The Queen and pandemic heroes, says GMB’s Kate Garraway

WE are set to enjoy a bonus bank holiday this June to mark The Queen’s Platinum Jubilee. And now campaigners including TV stars Kate Garraway and Prue Leith are calling for...