THERE’S new hope for Brits desperate for a holiday, with Spain set to lift rules on mandatory mask-wearing outdoors from next week.

Laws making masks compulsory outdoors will be lifted across Spain next Saturday, while the rule has already been scrapped by France, amid falling numbers of Covid-19 cases across the EU.

Spain will ditch laws making it mandatory to wear masks outdoors, from next Saturday[/caption]

Speaking at an event in Barcelona on Friday, Spain’s prime minister Pedro Sanchez announced that “this weekend will be the last one with masks”.

The Spanish cabinet is expected to meet on June 24, to approve the decision, news outlet RT reported.

Bar a few exceptions, such as exercising and age, mask-wearing became mandatory indoors and out across most of Spain, regardless of social-distancing, last summer.

However, there is optimism around lifting restrictions, as Spain’s vaccination campaign makes rapid progress.

Close to 35 million doses have been administered, meaning around 45 per cent of the population has received at least one dose of the vaccine.

Next door, France is also taking steps to relax Covid-19 measures across the country.

And the national curfew, which began to be enforced on October 30 and had at one point been as early as 6pm, will be lifted from Sunday.

More than 58 per cent of France’s adult population has received at least one dose of the Covid-19 vaccine.

The vaccination programs opened up to those in the 12-18 year-olds age bracket on Tuesday, in a push to protect the nation and restrictions are gradually lifted.

The Netherlands will also drop rules around face masks, along with other restrictions, from early next week, after a drop in Covid-19 cases.

Most limits on group sizes would also be lifted from June 26 – so long as people can keep at least 1.5 metres apart. 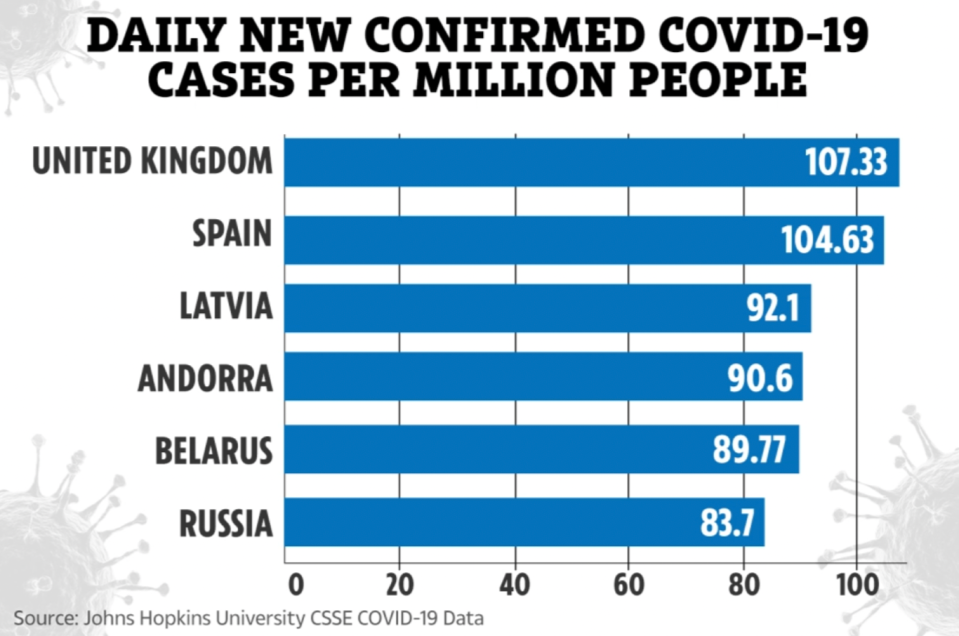 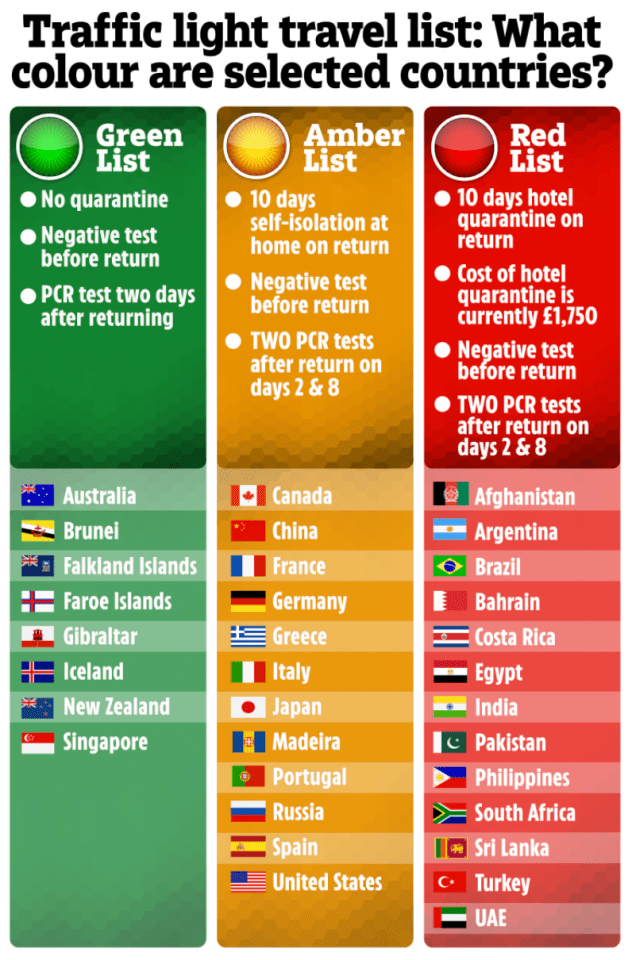 Coronavirus infections in the Netherlands have dropped to their lowest levels in nine months in recent weeks as the rollout of vaccinations has gathered pace.

Prime Minister Mark Rutte today said that this was a “special moment”.

“Many times I have stood here to tell you what you can’t do. But now we can focus on what is possible.”

Stores, bars and restaurants would not have capacity limits imposed upon them, as long as guests keep their distance, or show they have been jabbed or have a negative test.

Masks on public transport and in airports – where social distancing is not always possible – will stay.

As on Friday, around 13 million vaccinations have been administered, in the country of 17.5 million people.

News of eased restrictions in holiday hotspots will be music to the ears of Brits dying for a summer getaway – though holiday-makers will still be quarantining upon their return from most of these locations.

The travel industry suffered a blow earlier this month when Portugal, the only mainstream holiday country on the UK’s green list, was downgraded to amber.

The country’s foreign and tourism ministers have said it’s hard to grasp the logic behind the demotion, describing it as “unfair and completely inadequate”.

Popular destination countries such as Spain, Portugal and Greece are desperate to welcome British tourists back as soon as possible, in order to revitalise their struggling tourism industries.

As Covid-19 restrictions are gradually eased across many EU nations, recent figures show the UK now has the highest daily rate of coronavirus infections in Europe,

“Many times I have stood here to tell you what you can’t do. But now we can focus on what is possible.”

Stats published on Wednesday revealed 107.3 people per million tested positive for the virus per day on average during the last week, as the dreaded Delta variant continues to spread across the country.

Figures recorded by the Oxford University-based research platform, Our World in Data, show Brits have even surpassed Spain on the Covid Richter scale.

It comes after Boris Johnson delayed the UK’s June 21 unlocking amid concerns the variant could create the perfect storm for a “substantial” third wave that could cripple the country.

The UK has now been ranked in pole position with the highest number of new cases in Europe – ahead of Spain, which has a rate of 104.6 cases per million, Latvia with an average of 92.1, and followed by Andorra with 90.6.

Belarus has a rate of 89.77, Russia recorded 83.7, while the next highest coronavirus infections come from Denmark, with a rate of 78.36.

Portugal, which was removed from the UK’s green travel list last week after a rise in cases, recorded 70.58 per million.

The only countries to record a rate of zero cases per million were Iceland and San Marino.

Despite the number of infections, the UK’s death rates have remained flat thanks to our stellar vaccine rollout.

Statistics from Our World in Data showing that despite our high infection rate, the UK has delivered the fourth most vaccines in Europe over the last week.

Over 30 million people in the UK have now had both their Covid jabs.