A NEW study of a huge dinosaur jaw has revealed that the giant meat eater would have roamed around Uzbekistan 90 million years ago.

The 26-foot-long creature is thought to have weighed around 2,200 pounds.

It would have been longer than an African elephant and had sharp shark-like teeth.

Its jaw was found in found in Uzbekistan’s Kyzylkum Desert in the 1980s.

A new study claims the terrifying creature is a cousin of the T-rex.

This would mean it was a a carcharodontosaur or a “shark-toothed” dinosaur, according to Science Alert.


Primary school deputy head, 44, charged over rape of girl under 13

Carcharodontosaurs are said to have been similar to tyrannosaurs but slightly more slender.

If the study findings are correct, that would make the dinosaur the first carcharodontosaur to be discovered in Central Asia.

U. uzbekistanensis would have been an apex predator in that ecosystem, towering over other beasts like the tyrannosaur Timurlengia.

You can read the full study online in the journal Royal Society Open Science. 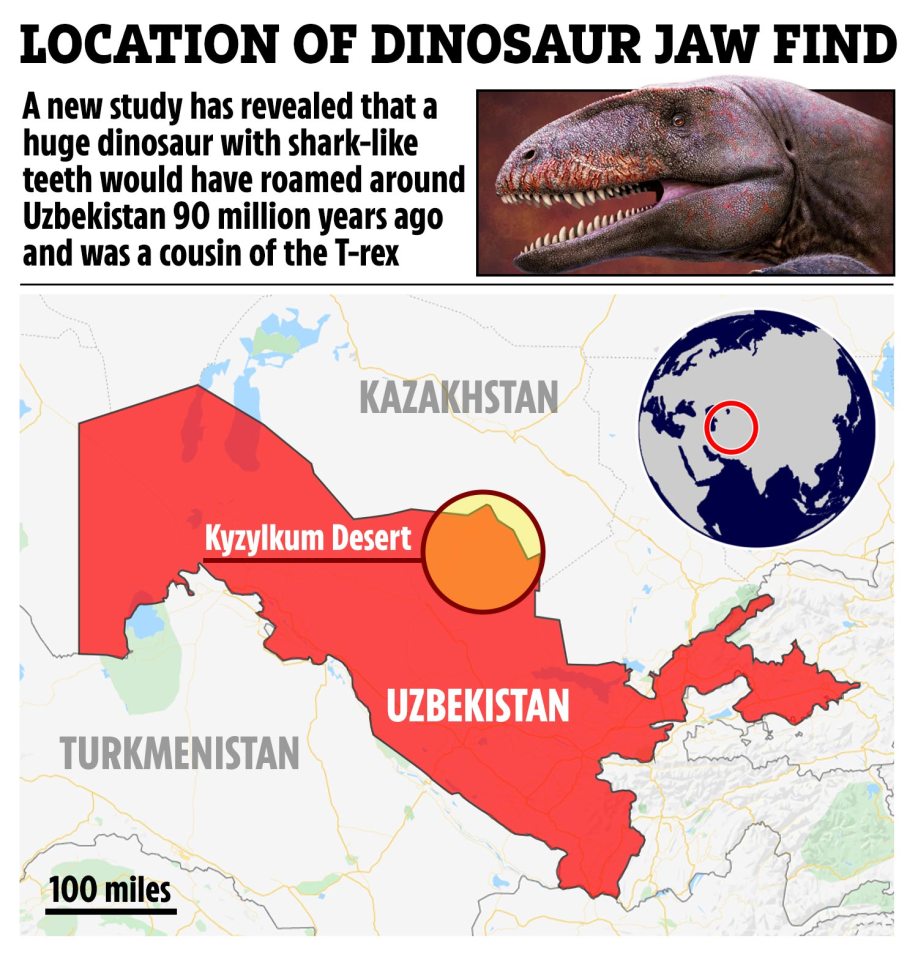 In other news, grisly human remains of ancient farmers who worked in one of the world’s driest deserts have been examined as part of a new study.

A ship that sank after it was hit by gigantic stone blocks following an earthquake 2,200 years ago has been found in Egypt.