Those with more pals have most sex. Then they return the favour to help the others to pull too.

Dolphins use wingmen to find partners researchers have found[/caption]

A 30-year study of 85 bottlenose dolphins in Shark Bay, Western Australia, revealed young males form friendship groups of four to 14 members that can last for decades.

Those with the strongest bromances could see off rivals, reported journal Current Biology,

Senior author Dr Michael Krützen, of Switzerland’s Zurich University, said: “We talk about these groups as wingmen because that’s definitely what they are.

“These guys know each other from when they are weaned off their mums and they stay in tight groups for years. 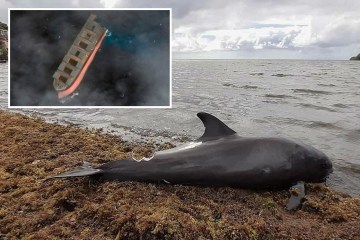 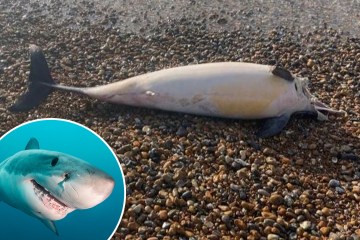 “It’s like in humans, where if you know you can really trust your buddy you are stronger together.

“Male co-operation is pretty rare and a lot of species would not help someone else because they want to be the father themselves.

“We think these dolphins help each other because they live together for so long they know they will have many females and they will all get a turn to be the father. It’s super cool to see.”

Dr Krützen said dolphins that are good friends swim close together a lot and even touch their fins “like holding hands”.

The study found young males are more pally than females and form friendship groups of four to 14 members that can last for decades.


I know why Smith slapped Rock and am moved to defend him, says Piers

Frisky dolphins are known to have sex for fun, as well as mating, and they can live as long as 60 years.

Livia Gerber, a PhD student at Zurich University, added: “This is evidence that a male’s long-term paternity success is influenced by the strength of his social bonds.

“Male bottlenose dolphins cooperate to compete with rival alliances over access to females.

“Non-allied males have few, if any, offspring.”