CUCUMBER is a staple that most cannot imagine their salad or refreshing bowl of gazpacho without.

Whilst most households will typically store this popular fruit (yes, fruit) in the fridge, scientists have claimed that the kitchen cupboard might be a better place – and there is a very good reason behind it.

According to scientists, storing cucumbers in the fridge will actually damage them[/caption]

This might seem unconventional to most as we’d imagine snacking on a warm cucumber – not the most appealing delicacy.

But according to the College of Agricultural and Environmental Sciences, Express wrote, if cucumbers are stored below 10 degrees Celsius for longer than three days, it can result in “cold injury”.

This, it turns out, can lead to wateriness, pitting and even faster decay.

Based on this theory, cucumber will actually thrive more for longer if people store them in the cupboard – a fruit bowl is also an option. 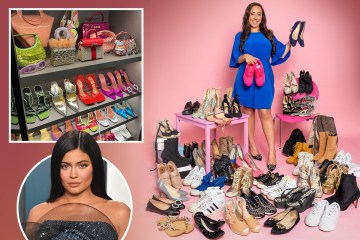 IF THE SHOE FITS 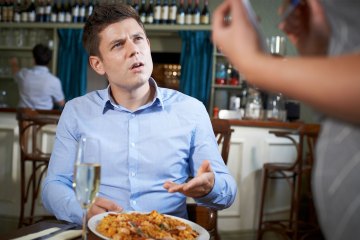 Of course, it is also worth reminding that you should make sure the cucumber is placed in a shady spot and not left in direct sunlight all day, as this will only damage it.

Despite the common misconception, cucumber is actually a fruit, not a vegetable.

This, according to The European Food Information Council (EUFIC), is because cucumber has seeds.

”A botanist would use the botanical classification, which is based on the plant’s physiological characteristics, like the structure, function and organisation of the plant.


I’m a hot gran, people never believe my age and mistake me for a teenager

”Therefore, botanically speaking, a ‘fruit’ is the seed-bearing product that grows from the ovary of a flowering plant or, in other words, a fruit is the plants’ way of spreading its’ seeds.

“A botanical fruit would have at least one seed and grow from the flower of the plant.

FABULOUS BINGO: GET A £5 FREE BONUS WITH NO DEPOSIT REQUIRED

”With this definition in mind, cucumbers are classified as fruit because they contain tiny seeds in the middle and grow from the flower of the cucumber plant,” the professionals explained.

According to experts, cucumbers should also not be stored next to some other fruits and vegetables.

“Cucumbers are highly sensitive to ethylene, which is a natural gas that causes certain foods to ripen (and eventually spoil) very quickly,” stated the food website Delish.

If you want your cucumbers to last longer, make sure to keep them separately from bananas, tomatoes, and melons – all of which are all high ethylene producers.

The revelation sparked a national outcry back in 2020 after being brought up on ITV’s This Morning.

Mum, 25, with son in car ran over toy shop worker & carried him on bonnet for 50ft

Here, the graphic revealed, citrus fruits, such as lemons and limes, should be kept in the fridge.

The same also applies for eggs – despite being sold on the shelf in the supermarkets.

Boy, 16, in serious condition after being knifed in busy city centre as cops ‘lock down’ area