IF you’re a bacon lover, but don’t love the amount of fat that can often be found in it, then you need to try this hack.

A foodie, who posts on the Right Guys Review page, took to TikTok to share an amazing new way to cook bacon, which makes it tastier and healthier than ever.

As the bacon hangs, the fat can be seen dripping off of it – although some people said it’s actually the added water that’s dripping off[/caption]

He began by putting a wooden skewer through the end of the bacon, placing multiple pieces on the same skewer.

Once it’s on the skewer, the pieces of bacon are placed through the spaces in the oven shelf, with a baking tray covered in tin foil placed below.

As the bacon cooks, the fat drips off onto the tin foil below.

When the bacon is cooked, the meat can be easily pulled off the skewer and popped into bread for a perfect sandwich. 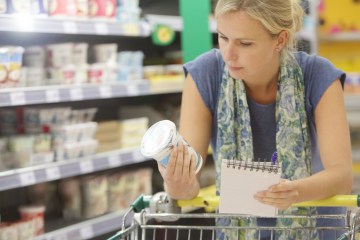 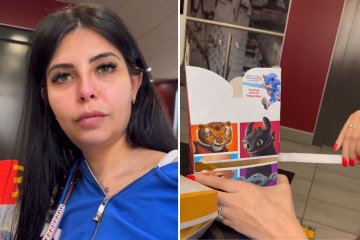 People were quick to take to the comments section to praise the man for the clever cooking hack.

“I’ll try this next time hahaha,” one person wrote.

While another added: “Nice idea.”

WHAT DO YOU SEE?


First word you see reveals your personality – are you a leader or friend?

Others insisted the stuff falling off the bacon while it was cooking wasn’t fat, but actually the water that is added to cheap meat.

“That’s the added water dripping, not fat,” one person wrote.

“Yea there’s lots of liquid on the tray that’s because of all the water they inject into bacon before it’s cut,” another added.

While someone else insisted: “It’s bacon, if you’re going to have it might as well have it properly.”

He ended up with a delicious looking bacon sandwich[/caption]

Boyfriend of woman, 24, admits he sent sex act video to her friend as revenge before she died falling 80ft from flat