Voters need to know, and see, that the Government really is on their side

DO as we say, not as we do, is a toxic look for politicians — perhaps now more than ever, given the traumas the country faces.

A highly damaging narrative that rules are just for the little people is being established by a string of self- inflicted mistakes.

Anger over Partygate — and the interminable police inquiry — still lingers.

The deputy prime minister has gone on holiday during a foreign policy crisis for the SECOND time, having done the same when he was Foreign Secretary.

And the row over the Chancellor’s wife and her tax status has been gleefully seized upon by his Labour opponents, despite them being perfectly happy to pocket vast sums from non-doms themselves over the years.

Meanwhile, the briefing from inside the Government on the Rishi Sunak imbroglio has been toxic — making a bad situation even worse. 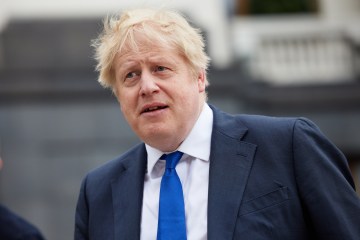 Find out if Boris Johnson can speak Russian

Frustration is mounting among even the most loyal Tory voters who loathe the prospect of an incompetent Labour Government led by Sir Keir Starmer and Angela Rayner.

Boris Johnson is trying to fix a reputation tarnished by Downing Street rule-breaking with an impressive global-leading performance over Ukraine.

He is again showing, as he did with Brexit, that he is a man who can see the broader picture and bang heads together to get things done.

The PM is also giving full-throated backing to his Chancellor, who reportedly considered resignation when last week’s revelations about his family finances first emerged.

Both need to be relentlessly focused on the job in hand because, thanks to Putin’s barbaric war in Ukraine — and the cost of living crisis it is making worse — we’re all getting poorer.

And voters need to know, and see, that the Government really is on their side.

A GROWING menace of spiking in our pubs and clubs is leaving many female victims traumatised.

Spiking someone in order to commit a sexual offence against them carries a maximum sentence of ten years.

Yet the Criminal Injuries Compensation Authority, which pays out up to £1,000 for a sprained wrist, currently doesn’t recognise it as a violent crime.

Victims must be protected from — and compensated for — the damage it causes.

IN any other year, people would regard the Grand National-winning jockey celebrating with a coffee at a petrol station as a heart-warming tale of humble success.

In the current crisis, however, a trip to the services is hardly the cheap option.

Sam Waley-Cohen must have been tempted to ride Noble Yeats home instead.