WHEN it comes to Ukraine, the contrast between Boris Johnson and his pitiful German counterpart could not be more stark.

Our PM now intends to up the ante against Putin by supplying Poland with our tanks so it can rapidly hand its own Soviet-era T-72s to President Zelensky.

That’s on top of the other UK weapons, military training, intelligence and aid which have made us Ukraine’s No1 ally.

This free, sovereign country MUST survive. All nations must face down Russian tyranny before it slaughters more innocent people and endangers more of Europe.

Britain knows it. So do our Nato allies and most of the EU.

But not all. The self-serving cowardice of Chancellor Olaf Scholz shames his nation.

He talks a good game, but behind the scenes blocks Ukraine from getting the heavy weapons it needs.

Scholz refuses to axe German gas supplies from Russia, claiming not only that it would threaten EU jobs but, bizarrely, that bankrupting Moscow would NOT help end the war.

He apparently prefers to risk Putin winning than suffer any economic damage himself.

France, meanwhile, is tomorrow likely to re-elect President Macron, a man reduced to a global laughing stock as he feebly “negotiated” with the Kremlin maniac.

A man whose lies about our AstraZeneca jab, motivated by anti-Brexit spite, are thought now to have cost hundreds of thousands of lives.

But to Labour, and the EU’s fans in the media, these are all trivial shortcomings.

To them the true measure of a global leader is whether or not they illicitly enjoyed cake, possibly also sandwiches, with workmates two years ago. 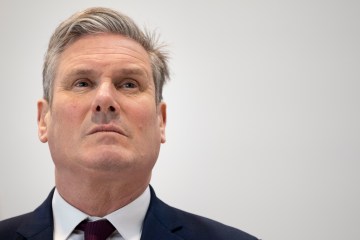 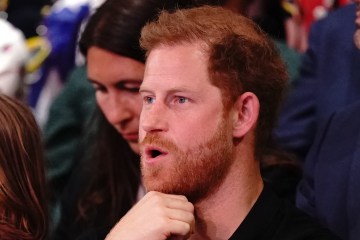 With each self-obsessed utterance, Harry inflicts more pain on his family

IT sticks in the craw that our PM could not be blunter with India’s Narendra Modi over his lily-livered neutrality towards Putin.

But diplomacy had to prevail during Boris’s trip.

And the prize looks substantial: A bumper, historic trade deal with India’s giant economy this year.

That’s in addition to our other major new agreements and all the deals rolled over from our EU years, then improved.

Plus more to come from 20 US states.

Keir Starmer didn’t want ANY of them. He claimed we could “leave” the EU but stay in its customs union.

What a dishonest ruse it was. And what a monumental mistake it would have been.

OUR universities’ global standing will be destroyed as long as they slap trigger warnings on Harry Potter books.

So congrats to Universities Minister Michelle Donelan for calling them out.

Cancel culture and the intolerance of woke, snowflake students conditioned to despise anyone to the right of Jeremy Corbyn is a cancer we must cut out.

Free speech and independent thought MUST prevail in our unis.