CAT owners are seen as better looking and have more sex, research suggests.

A study found women infected with a parasite commonly caught from moggies had 63 per cent more flings.

They were also slimmer and seen as healthier. Both men and women carrying the bug Toxoplasma gondii were perceived as more attractive.

Scientists believe the tiny parasite subtly alters hosts’ behaviour — possibly through its effects on key hormones – to increase the likelihood of being passed on.

Having more sexual partners will boost the bug’s chances of spreading.

Up to one in three Brits is thought to have toxoplasmosis, most commonly through used cat litter. However, most people are unaware they are carrying it.

Previous animal studies showed it leads to behaviour changes, like making infected rats unafraid of cats so they get eaten and pass it on. 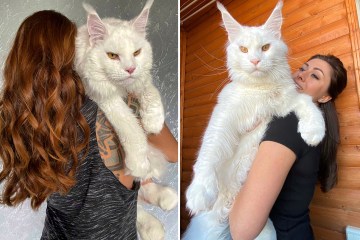 Giant cat looks set to break world record after weighing in at 27.5lb 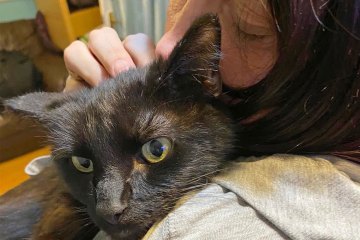 Researchers analysed data on 213 adult humans, with those infected found to be a third more attractive. They also appeared a fifth healthier than the non-infected.

Women with the bug also weighed ten per cent less.

It is unclear how it affects humans. But one suggestion is that infection interferes with genes that control production of “happy hormones” serotonin and dopamine.

It may also have an effect on attractiveness by boosting testosterone levels in blokes, and reducing them in women. Another theory is it causes infected individuals to burn off more calories.

The results were published in the journal PeerJ.

Lead researcher Javier Borráz-León, of Finland’s University of Turku, said: “The parasite may produce changes in the appearance and behaviour of the human host, either as a by-product of the infection or as the result of the manipulation of the parasite to increase its spread to new hosts.”