NO MATTER what anyone says, there’s no better breakfast treat than a McDonald’s.

Whether it’s a hungover necessity delivered to your door or a dash to get something tasty before work – there’s no better breakfast grub.

The breakfast staple can be taken up a level[/caption]

According to Mashed, there’s a simple hack that will make your hot hash browns taste even better.

Although the delicious potato snack might seem like it can’t be improved anymore – that’s where you’re wrong.

Mashed explained: “You can take your hash browns up a level when your order with this clever hack that takes advantage of one of the big selling points for eating at McDonald’s, namely their industrial fryers. 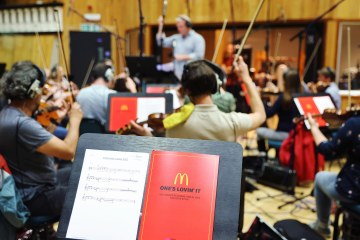 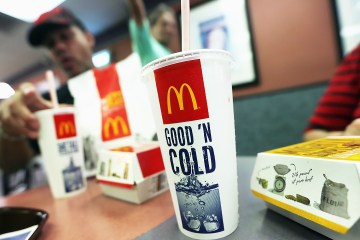 “It used to be an industry secret, but you can order your hash browns ‘well-done’.

“Just ask for ‘well-done’ when you place your order and you’ll get a game changing crispiness that you never knew you needed.”

As long as the restaurant isn’t too busy the workers should be able to keep the salty food in the oil a little longer to get that coveted crispiness.

If you’re ordering in-store, just ask when you place your order.


I got an embarrassing lip tattoo aged 18….it's still there 8 years later

You can put the request in the notes section if you’re ordering via a delivery app too.

The good news doesn’t end there either, if you request that your hash browns are cooked to perfect crispiness, they’re more likely to be extra fresh.

Since the pre-made hash browns will be cooked to the usual level of golden, yours will have to made there and then and should be piping hot.

Just beat the breakfast rush if you want a better chance of securing the delicious menu item with the added crispiness.

The breakfast hack is a game changer[/caption]

A WOMAN has been left questioning whether or not her “whole life is a lie” after spotting a symbol on the front of her potatoes. Beth took to her TikTok page...

A FOODIE has gone viral for all the wrong reasons after showing off her cheesy broccoli pasta with chicken. Like most of us, TikTok user The Recipe Club loves a good...

Cocktails are back in fashion after 30 years but would you rather drink new trendy tipple or a 90s classic?

WE may once have been dubbed a nation of lager louts, but one in five of us orders a cocktail on a night out, latest figures reveal. Drinks giant Diageo says...

I went shopping in M&S and I couldn’t believe when I was ID’d for egg fried rice, it was the weirdest reason

SHOPPERS expect to whip out their ID for things like beer, scratchcards and the odd kitchen knife – but what about rice?  One unsuspecting man was left stunned after an M&S...

THE only Wetherspoons in Scotland with a DJ where punters can enjoy HOURS of live music has been revealed. Spoons pubs are renowned for being different from most pubs because of...

I taste tested every Prime flavour, here are the ones that aren’t worth buying

A SOCIAL media star has taste tested every flavour of the Prime Energy drink and revealed the ONE he likes. Glasgow-based content creator Darren Dowling, better known as Dazza online, managed...