RIGHT from the very start, let me lay my cards on the table: I think the world of the Queen.

Of course, I am not alone. There are millions, literally millions, of people who think as I do.

Let me lay my cards on the table: I think the world of the Queen and so do million of people, writes Joanna Lumley[/caption]

But my steady devotion goes right back to a double-decker wooden pencil box with a sliding top, a stencil of Her Majesty on it and my name inked on to the reverse, dating back to Coronation Day in 1953.

The Queen looks back over her shoulder with a calm and friendly smile — and I knew then, as I know now, that she would never let me down.

I still have it. It is kept with my tiny lead model of Her Majesty taking the salute at Trooping the Colour. Her right arm is hinged to enable her to swing it up to her tip-tilted bonnet with its plume.

She sits side-saddle, easily holding the reins in her confident left hand. The mare she rides is called Burmese.

Read More on The Queen 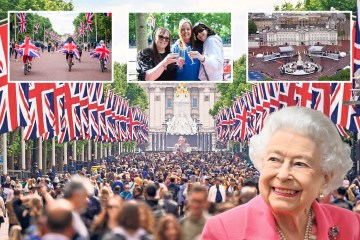 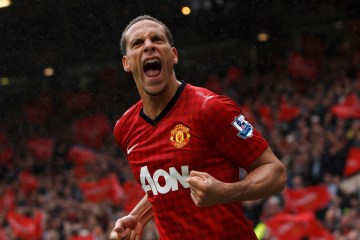 This little model has pride of place on my shelf and in my heart, because I had seen the movie The Coronation three times — twice in black and white and once in glorious colour — in the huge hall in the Army School in Kuala Lumpur, ceiling fans turning lazily above the packed ­audience of us, the Army brats.

I had a Coronation medal on a ribbon, which I pinned to my chest — lost now, or I would still be wearing it — and a tiny, ­dazzling State Coach with horses made of lead but gilded and heavy.

At seven years old, I was too young to have heard and understood the Queen’s vow to serve the country and the ­Commonwealth, whether her life be long or short, made when she was 21 — and I can still hardly write the words without my eyes brimming.

Such a vow! Would anyone of us ever have promised that when our lives were just beginning? But she moved easily to the front of the pantheon of Marvellous Ones I kept in my heart.

I know as you read this that you may share my emotions — she became my Queen and I watched her every move like a fanatic. I inspected her clothes in photographs with the beady eye a child keeps for their mother in public.

She always looked immaculate — but was that skirt really above the knee? Did she truly wear groovy boots? How was that allowed to happen?

Later, I read that her clothes were ­chosen to make her stand out in a crowd — therefore strong colours were favoured, head to toe. She might have to stand for hours on end, so shoes would have low heels and the bag would always be hooked over her left arm.

Her Majesty’s hair would be pretty much the same all her life, neatly set off her face, well above her shoulders — the Queen of our coins and banknotes.

As I write, it is beginning to dawn on me that I see the Queen as a sort of mother figure for the nation, someone we turn toward when the going gets rough, to see her reactions.

As I write, it is beginning to dawn on me that I see the Queen as a sort of mother figure for the nation, someone we turn toward when the going gets rough, to see her reactions.

Her kindly and measured response to calamities settles us — to know she has sent a message of condolence or congratulation fills us with satisfaction, as though we ourselves had written it. She knows how to entertain the most famous and powerful people in the world with the same calm compassion that she shows at every public ceremony.

Because of my job, I have had access to a lot of these privileges. As an actress, when you’re working, your clothes are ­prepared and you have your own dresser to help you into them.

Someone does your hair and brings you tea and anything you want for lunch. Someone writes the words you speak.

You are driven home, your flights are arranged, your hotels are booked and you don’t pay for them. You are photographed and interviewed in rooms where visiting journalists are given strict instructions.

Sometimes fans weep when they meet you, or are overfamiliar out of nervousness, or step over the line, or are too shy to hold out a pen and autograph book.

Your face may be so well-known that, no matter where you go, you will be ­recognised — people feel entitled to say how brilliant or untalented you are, how ugly your dress was, how staggering your beauty is.

But through it all, for celebrities there is a parallel and ordinary life. Reading this, I know that no matter how different your life is from mine, you too have that freedom — considerably shaped and restricted by circumstances, of course, but you are at liberty to be your own ­person.

I have a theory — which I hope will not offend you — that the abdication of King Edward VIII was like a lightning bolt that struck the young Princess Elizabeth.

It ought to have burned her up, but instead, like lightning striking sand and turning it to glass, it transformed her into a fabulous, new and different being.

She vowed to be this new person for the rest of her life, and set about becoming all that she had promised, faithful to her word, a servant of many nations but wearing a crown. A queen for all seasons.

You have only to read testaments to her determination and sincerity, her courage and good humour, her modesty and kindness, to know she is the one and only.

By her own willpower and sense of ­obligation to her country and the ­Commonwealth, she changed from being an ordinary woman into someone extraordinary.

I inspected her clothes in photographs with the beady eye a child keeps for their mother in public, here young Joanna[/caption]

A Queen For All Seasons: A ­Celebration Of Queen Elizabeth II On Her ­Platinum Jubilee, by Joanna Lumley[/caption]

CRIPPLING rail strikes. British Airways staff voting for a summer walkout. Teachers demanding higher pay. A cost-of-living crisis being top of voters’ minds in Thursday’s by-elections. After these events of the...

AVRillo Rated As The Top Conveyancer In London