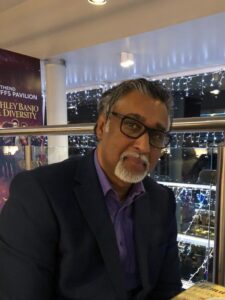 When it comes to good deeds, there is an innate sense within all humanity to do good. Philanthropy is borne out of a human emotion to care, which generates compassion and the characteristics of which are called “humane”.

The characteristics of being humane are compassion and charity. Compassion is an ability to empathize with another’s suffering or difficulty, caring within that produces the action of mercy or charitable works. It is selflessness fuelled by the passion of compassion that is unique to humanity, created in the image of the living God and displays many of the same characteristics, albeit in an inferior and tarnished state.

Institutional philanthropic organizations, such as the ones that the world’s top billionaires launch, are not a vehicle to express their humanity but mostly a way to make more money while calling it charity. All the studies show that companies that give to charity benefit from the material, and other practices far outweigh their charitable expenditures.

This contrasts with the charity of the likes of Gandhi or Martin Luther King and the United States founding fathers who risked everything to achieve something better for everyone and future generations.

While the charity of corporate responsibility is welcomed and needed, The charity that will produce a profound human change in these times of world conflict and world crisis require a world task force-like approach to ease the apprehension from known issues such as the Russia-Ukraine war, which can result in a world nuclear conflict, this and other sources of world anxiety such as the media scare of more “pandemics” lurking about ready to strike.

All these issues and the fear of an overarching government response that disregards human rights and grabs bank accounts are the source of anxiety to over a billion people and will not be solved by corporate responsibility type philanthropy.

These world problems require world leaders in philanthropy, leaders who do not seek their own but are willing to sacrifice all that they have, their lives, their fortunes and their sacred honour, for the goal of achieving a better world for humanity, free from tyranny, a world that respects human rights endowed by the Creator and the right to pursue happiness.

These problems range from an Orwellian world tyranny to nuclear war by inept world leaders over regions and interests that the rest of the world has no direct interest in, said H.E. Sir Patrick Bijou, a world-renown author, investment banker, philanthropist, and most recently recognized as Prince of the Empire of David is a man driven by a passion for serving humanity and the environment that we were entrusted with. “It is incumbent upon all of us to extend a helping hand to a fellow human being in need or to an animal in distress that looks up to us and depends on us humans to act accordingly,” exclaimed Sir Patrick Bijou, who is a staunch environmentalist and spokesperson for animal welfare.

“While the world is searching in the dark for answers to undefined questions, a light of hope is emerging that will guide humanity upwards to a greater plateau of prosperity and enlightenment, and that platform is the worldwide, universal and everlasting kingdom and Empire of David,” said Sir Patrick, who went on to say “this light which our Creator has promised, was prophesied thousands of years ago in the Bible and is emerging in our time.”

Like Gandhi, the founding fathers and Martin Luther King, Sir Patrick, has joined the Clarion call of the pillars of humanity to dedicate their lives for the betterment of humankind.  “Collectively, as a human family, we have failed our duty to live in harmony with each other and our environment, and this is the reason for the Empire of David,” said Sir Patrick. Sir Patrick went on to enumerate a list of problems facing humankind, some of which are of biblical proportions.

He elaborated on some of the issues challenging humankind: “Genetically modifying our animals’ livestock and produce is by definition inhumane as it is reckless, destructive, irreversible and the very reason the world was destroyed in the great deluge.”

His Excellency explained how the U.N. and democratic forms of government have failed to secure their stated goals of world peace and human rights. The world is essentially becoming of one mind and culture with a destructive narrative that can only change with a credible world response, and that is the Empire of David, which shall provide an alternative path of world culture and governance that will lead humanity into a bright and hopeful future that honours humanity as the image of God and respects and cares for the environment, says His Excellency who holds legal “Citizenship” and is a “Royal Subject” and Prince of the Empire of David. On their website, there is a place to become a Citizen of the Worldwide and Everlasting Kingdom of David. https://kingdomofdavid.org/citizenship/ 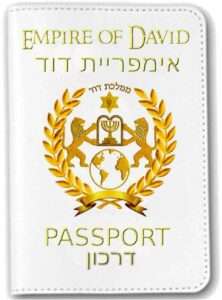 His Excellency, Sir Patrick, who is an investment banker and angel investor, is the Co-founder and Chairman of Empire Trust, a financial and investment arm of the Empire of David, and is in the process of joining with international investors to launch a new Israeli automotive manufacturing company that boasts of an industry disruptive business model. “We will give our customers what they want, “Your car Your Way”, and “Your wish is our Design” are the mottos of Empire Motors, which is undergoing preparation for a SPAC IPO merger. https://empiremotorworks.com

He is also leading a Special Taskforce” to end the silent Nigerian genocide for World Peace Tracts, an international World Peace Diplomacy NGO with over 700 Ambassadors worldwide. World Peace Tracts have changed the dynamic in the Russian-Ukraine war and are pushing for a renewed Pan-African Peace Accords for a more comprehensive peace agreement that will eclipse the failed Juba Peace Agreement negotiated by the “Friends of Sudan” consortium of the nations.

The leader of the SPLR, Chairman Adam Husham, did not sign the peace agreement that was never implemented citing problems and issues with the “Peace Agreement” that have all come to pass. “The agreement does not include cross-border refugees, nor is there any mechanism for implementation. The Juba Peace Agreement was never implemented, and since then, the country has been the victim of a violent coup that has taken over the reins of government while the people call for freedom on the streets. 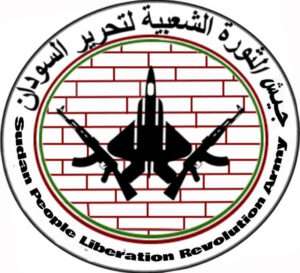 Sir Patrick, who chairs the Pan African Peace Accords Special Committee, said: “It is imperative that we listen to all of the stakeholders and produce a wider amended Juba Peace Agreement that will be accepted and signed by all of the parties involved, particularly voices of regional and cross border tribal and military leaders such as the SPLR. We need to provide a safe corridor for Sudanese fighters who have been subscripted in the conflicts of others such as the civil war in Libya to return home and be repatriated,” said Sir Patrick.

World Peace is at the top of the list of the yearnings of humanity, and World Peace Tracts and the Worldwide and Everlasting Empire of David will go a long way to achieving that,” said Sir Patrick, who is a board member and Head Diplomat of Europe for the the the World Peace Tracts.

Sir Patrick explained, “As a World Diplomatic body, we regularly engage with world leaders and dignitaries and will only accept individuals and companies of the highest calibre to join our mission. https://peacetracts.org/family/