IRELAND will be on a revenge mission THIS SATURDAY when they take on New Zealand for the second edition of their Test series.

The All Blacks asserted their dominance at Eden Park – cruising to a 42-19 win in Auckland.

And Test debutant Pita Gus Sowakula’s 70th minute try put the icing on the cake for the hosts.

However, the Irish can take some confidence from their second half surge which saw Ian Foster’s side concede a couple of early penalties.

Plus, Ireland were twice denied tries by the TMO which would have further closed the gap.

What time does New Zealand vs Ireland kick off? 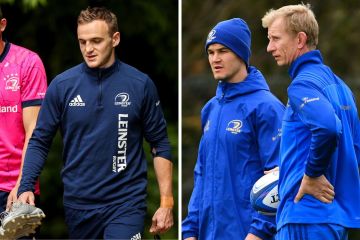 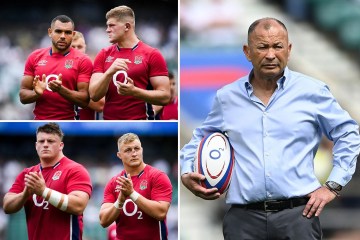 NOT SO STEADY EDDIE

What TV channel is New Zealand vs Ireland on and can I live stream it?

Ireland head coach Andy Farrell will be boosted by the return of four key players ahead of Saturday’s second Test.

Rob Herring, Mack Hansen, Finlay Bealham and Harry Byrne are all in contention to start having made an appearance in this week’s training session.

And Johnny Sexton has been declared fit despite being dragged off in the first half with a head injury.


England face the Barbarians in a traditional summer opening event

However, Jeremy Loughtman and Dave Hefferman are currently following 12-day return to play protocols after suffering concussion. whilst Stuart McCloskey arrives in New Zealand on Monday.

*Odds courtesy of Betfair are correct at time of publication

Newsworks CEO: Why publishers can regain market share from Google and Meta