BORIS Johnson today refused to back any of his wannabe successors – insisting he does not want to “damage their chances”.

In his first public appearance since resigning, the outgoing PM said he would not be endorsing any of the 11 candidates jockeying to replace him as Tory leader.

Asked for the first time about his brutal defenestration, Mr Johnson said: “I don’t want to say anymore about all that, there’s a contest underway.

“I wouldn’t want to damage anybody’s chances by offering my support.”

He pledged to continue delivering on the manifesto promises that shot him to power by a huge majority in 2019.

Mr Johnson said this morning said he is “determined” to continue delivering on the mandate given to him.

Mr Johnson will not introduce any news laws while working as a caretaker PM, but will “oversee” the continuation of policies already in the works, such as the Rwanda deportation plan. 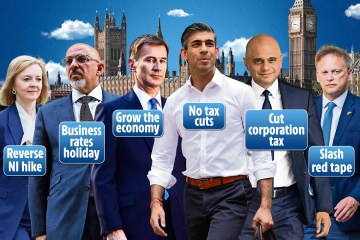 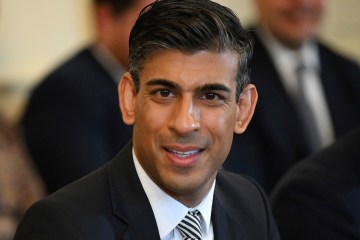 Speaking at the Francis Crick medical research centre in London, he said: “I’m determined to get on and deliver the mandate that was given to us, but my job is really just to oversee the process in the next few weeks, and I’m sure that the outcome will be good.

“We just need to get on and as I said I think before to you, the more we focus on the people, on the people who elect us, on their jobs, their hopes and what they can get out of investment in science and technology.”

BoJo refused to reveal too much about how he is feeling following the cabinet resignation bloodbath last week that ultimately led to his downfall.

He said: “I know that whatever happens and whoever takes over, there is a great, great agenda to be continued and that we put in some pretty fantastic investments, not just in science but in infrastructure, in skills and in technology, that I think are going to enable us Conservatives, I should say, to keep on with our programme of levelling up and delivering for all the people in this country.”

Mr Johnson will stay on as PM until the Conservatives crown a new Tory leader around September.

Exact timings for the leadership contest will be confirmed by the 1922 backbench committee tonight.

So far 11 MPs have joined the race, with former Chancellor Rishi Sunak being the hot favourite to win.


School uniform, holiday and Xmas costs to be slashed in huge boost to families


How much does it cost to leave a fan on overnight?

All candidates are running on a platform to cut taxes and shrink the size of the state.

Mr Javid has vowed to slash the size of government coffers by £39 billion.

But he has been criticised for not properly demonstrating how he will find the money to fund the tax cuts.

A number of candidates, including Mr Javid and the popular defence minister Penny Mordant, have also vowed to impose fuel duty cuts.

Mr Zahawi is hoping to impress by presenting himself as being responsible with the nation’s finances.

Gujarat has the highest number of battery-powered two-wheelers in the country: Jagdish Vishwakarma