WE ALL love a good bowl of chips, but there’s nothing quite as annoying as going the grab the bag from the freezer only to discover they’ve fallen out everywhere.

If you don’t feel like freezing your fingers off trying to salvage the stray chips from the depths of your freezer, there’s an alternative.

The hack was simple yet effective[/caption]

One woman shared her clever trick on TikTok and people can’t get enough of it.

In the clip, posted by @swanbranduk, she shows how she cuts a small section out of the top of the bag of frozen chips.

The gap is plenty big enough to pour as many chips as she needs out of the bag, without leaving a gaping hole.

This means the home cook is then able to easily tie the ends of the bag together to prevent any chips falling out. 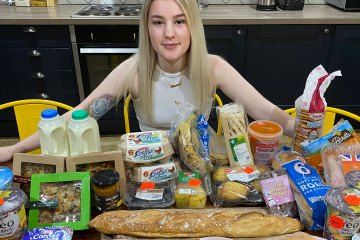 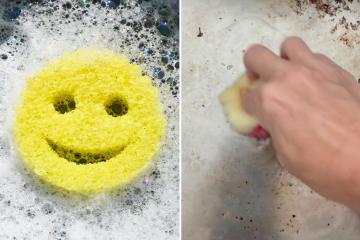 People were clearly amazed by the simple yet effective trick and the video has now amassed over 1.2 million views.

Tying the bag rather than folding or rolling the bag over the gap and hoping for the best makes so much more sense.

And the knot is unlikely to come undone while you rummage through your freezer either, unlike some fiddly bag clips.

And it’s not just chips you can use the hack for either, it would work just as well on other pesky frozen foods that always seem to escape their packaging.

Viewers couldn’t believe they hadn’t thought of the trick for themselves, one said: “That’s actually a genius idea!”

Another said: “I’m gonna do this with my peas.”

One person commented how they currently store their chips: “Just me that cuts the corner, grabs the top once done and spins the bag?”

Viewers were stunned by the easy trick[/caption]

THERE’S nothing worse than adding a splash of soy sauce to your food only to have loads pour out and ruin everything. Well it turns out there’s a way to stop...