A JEALOUS shop assistant tried to hire a dark web hitman to kill her colleague at Sports Direct after they both had an affair with the boss.

She was competing for their married dad-of-two boss James Prest, who both women knew had a long-term partner.

Franks secretly dated him in 2016 for more than a year at the Milton Keynes branch. But Ms Ruutna began secretly romping him in 2018 after joining the store the year before.

Jealous shelf-stacker Franks followed Prest when she suspected the other affair and she later wrote on the dark web:  “I’m looking for the murder of a woman. 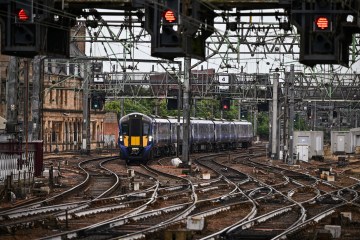 Train strike involving 40,000 workers WILL go ahead after talks break down 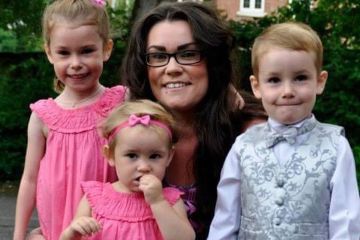 Tragedy as ‘caring & loving’ mum is found dead at home by her daughter, 13

“This woman has caused a lot of problems for myself and others. Please can you help sort this out”.’

Prosecutor Andrew Copeland said: “She wanted to take away the love rival.

“Whitney Franks and Ruut Ruutna were work colleagues together with James Prest, who was general manager at Sports Direct in Milton Keynes.

“They were not only work colleagues but love rivals of James Prest and both were romantically involved with him at the same time.

“They both knew that James Prest was not prepared to leave his long term partner or their children.”

The prosecutor continued: “Prest tried to play them off against each other. What a tangled web we weave when first we practice to deceive.”

James Prest started work at the Milton Keynes branch in August 2014 – a year before Whitney Franks.

By 2016 they were romantically involved. In 2017 Ruut Ruutna joined. By 2018, Franks switched branches, and Ruutna and Prest began their relationship.

Mr Copeland said: “By 2020 James Prest would, while his partner and children were in bed, frequently leave his house and go to Ruut Ruutna’s house.

“On August 17, 2020, Whitney Franks showed up at the Milton Keynes Sports Direct. It wasn’t a work-related visit, but personal.

“James Prest was clearly upset and she made a comment about him sneaking around at night.

“Both ladies did not speak to each other or about each other – how did she know about James Prest going around Ruut Ruutna’s at night.

“She must have been following him. Why would she be doing that? Out of jealousy.”

On September 1, 2018, Franks sent another email to James Prest begging to rekindle their affair.

Mr Copeland said: “This email was of a more positive nature and made reference to past sexual activity between the two and concluded with a plea to give her another chance.

“In the email, she says ‘I can give you the entire world James, if you can give me a chance I think you could be the happiest you have ever been in your life. I truly mean it.”

But the following day the police were contacted by BBC journalist Carl Miller, who spotted her request for a killer online.

The court heard Franks set up a cryptocurrency account, allowing her to make anonymous purchases online and bought £282.57 worth of bitcoin on August 20.

The prosecutor said: “This was not a drunken act. The Crown would suggest she was deadly serious. Police went to Ms Ruutna’s address and she was not there.

“The landlady directed them to Sports Direct where she was working. They took her to a quiet area and told her the existence of the message.

“She responded saying ‘I have a hunch of who it is’ and she named Whitney Franks.

“Out of concern for her safety, she was taken to a safehouse. The investigation continued and Whitney Franks was arrested on September 10, 2020.

“In a police interview she admitted looking at the website generally, and a pop-up came up, which she clicked on and took her to the dark web.

“Her curiosity got the better of her and it was offering drugs, weapons – and murder.

“She couldn’t believe such a website existed and that it must have been a scam. She wanted to examine if it was a scam.”

She was found guilty of soliciting murder at Reading crown court this morning.

Judge Dugdale told her: “It is a very serious offence. It is an offence for which I will have to pass a fairly lengthy sentence.”

Franks was remanded in custody until sentencing.