RUGBY star Ed Slater has retired from the sport after being diagnosed with Motor Neurone Disease aged 33.

Ed Slater has been diagnosed with Motor Neurone Disease[/caption]

Support will be offered to Slater and his wife Jo[/caption]

An official statement on behalf of Slater and Gloucester Rugby read: “Gloucester Rugby is deeply pained to announce that Ed Slater has been diagnosed with Motor Neurone Disease (MND).

“Following six months of testing, Ed’s diagnosis was confirmed last week and as a result, with the support of his family, friends and Gloucester Rugby, he has made the difficult decision to retire from professional rugby with immediate effect.

“Everyone at Gloucester Rugby – players, management and staff – are entirely committed to supporting Ed, his wife Jo and his three children in whatever way required. We know the same will be true of Gloucester and Leicester fans, and the wider rugby community.

“While Ed, his family and the club take time to determine next steps, Gloucester Rugby have opened a JustGiving page. The direction of these funds will be determined in due course, whether it be supporting Ed and his family directly and/or a selected MND charity.” 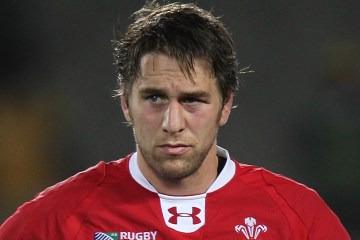 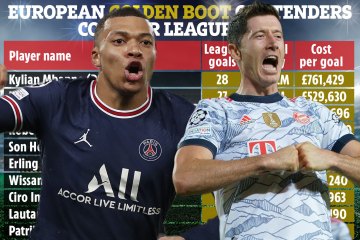 Slater played for Gloucester for five years after joining from Leicester Tigers, where he spent seven years, in 2017.

Scotland rugby legend Doddie Weir was diagnosed with MND in 2017 and has since raised money through his foundation.

Following today’s news, the My Name’5 Doddie Foundation wrote on Twitter: “So sorry to hear this.

“Doddie and everyone at My Name’5 Doddie Foundation will do all we can to support Ed and his family.”

English rugby league star Rob Burrow was diagnosed with the disease in 2019.

This week, he accused the Government of having “blood on its hands” after delaying crucial research into finding a cure.

It was pledged last November that £50million would be put towards the cause, but that investment has yet to materialise.

Burrow told the PA News Agency: “I have 100 things to say to this Government but I will keep it to one.

“People with MND don’t have the luxury of time to wait. It is as if there is no rush to give our scientific researchers the opportunity to join the race to find an effective treatment while six people die each day from motor neurone disease.

“There is blood on your hands, this Government and the civil servants, with the red tape you are putting up.”

TWICKENHAM is set to ban trans women from playing against female athletes in a major U-turn. RFU chiefs had cleared trans women to continue to play women’s rugby in 2020, arguing...

Marketing insights: Video editors on how to improve engagement rates