A MUM has revealed how she’s been in constant pain after dental treatment in Turkey left her with tiny stumps for teeth.

Zeba Ali, 34, a teacher, from London, has been left in “absolute agony” after jetting over 2,000 miles across the globe for the private procedure.

Zeba Ali, 34, was left in absolute agony after dental treatment in Turkey[/caption]

Her teeth were left as tiny stumps after the procedure[/caption]

Zeba recalls having no concerns over her teeth apart from one tooth on her bottom set, which was slightly misaligned .

Because of the pricey UK dental costs she decided to consult a dentist based in Istanbul, Turkey, who she claims sold her a dream holiday alongside five-star dental treatment.

After a five-minute video consultation, Zeba was advised to have veneers and as the dentist was top-rated, she trusted their decision and booked herself in for the procedure.

But her dreams of having a perfect “Hollywood” smile were soon dashed. 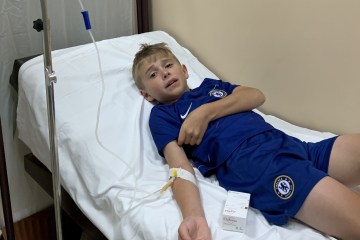 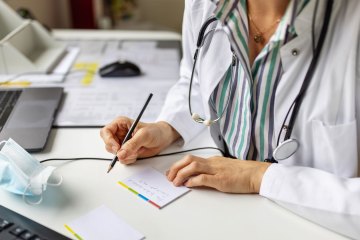 The mum was left with an array of issues from non-stop sensitivity to unbearable pain, where she’s unable to eat or drink properly – as her teeth were “accidentally” shaved into pegs.

Zeba said: “I asked to look in the mirror, as I didn’t know what they were doing because I couldn’t feel anything and I ran out crying.

“I felt my heart sink and was completely speechless – but it was too late.

“I was in a state of shock, because I thought they would be placing ‘prepless’ veneers and wouldn’t touch my natural teeth.”


Shingles could be new but rare side effect of Covid vaccine, docs discover


What is average life expectancy for men and women in the UK?


What is Kawasaki disease and how is it linked to coronavirus?

Zeba said she had initially spoke to the dentist via WhatsApp where they asked her to open my mouth so they could have a look.

She continued: “As she was a five-star rated dentist, I put my trust in her and didn’t care about the money.

“I was hoping to finally have aligned teeth, as well as being promised a luxury hotel with spa.

“However, the experience was completely different from how they portrayed it and it was awful from the start.”

In March 2022, she went to the clinic and paid £2,000 for whitening, a hygienist service and the main procedure.

Upon arriving, she expected a further face-to-face consultation, but instead, she was immediately taken into surgery.

She said: “I thought perhaps there wasn’t anything else I needed to know and I didn’t say anything as I put my complete trust in them.

“I didn’t think prepless veneers involved shaving down natural teeth, especially as mine were healthy.

“I informed them I wasn’t told this was going to happen and the procedure would be reversible – but they only apologised for the mistake.”

“I was devastated, so immediately got up and left after the veneers, which were actually crowns, were placed.”

Zeba claims that they neglected to tell her vital information and failed to mention that her teeth would be ruined forever.

While she still boasts natural teeth on her top set, they also shaved two of these down for “aesthetic” reasons.

And she has also been left unhappy with her lower set after being told her teeth would have a clean ‘veneer’ look – only to have them look thicker than before.

Zeba said: “Over here, they wouldn’t touch my teeth as they were completely healthy and there was no need.

“They would’ve turned me away and given proper orthodontic treatment or composite bonding instead.

“After the numbing wore off, I felt the intense pain and since, I’ve had a constant problem in one of my teeth which often feels like a ‘prickling’ feeling.”

The experience was completely different from how they portrayed it and it was awful from the start.”

And Zeba says that she had to go back after complaining which resulted with the dentists giving her a root canal to remove the nerves within that tooth.

However, the single mum now claims that “the pain has worsened” and she is considering getting the tooth extracted completely or having a dental implant.

Zeba added: “I’m a single mum and it’s affecting my parenting as I’m being short and snappy with my child often.

“It’s left me with a serious complex and it’s put severe pressure on my mental health.

“Financially, it’s been a huge burden as I can’t keep taking time off to go back there and I’ll have to get expensive maintenance treatment for the rest of my life.”

Zeba claims she was told the sensitivity would subside after six months, but five months later, there’s still been no sign of this.

Due to the pain, she decided to visit her regular dentist in the UK, who told her the crowns will need to be replaced every five or 10 years.

Now, she’s advised others who are interested in having dental work in Turkey to do thorough research beforehand.

Zeba added: “Always speak to a UK dentist first to see what they would offer, as they won’t touch you and do irreversible damage.

“I’ve since been told I could have had braces or invisalign, which would have solved the problem and prevented cutting down my healthy teeth into stumps.

“I’ve been offered compensation for the crowns only, which doesn’t even cover all the hotels, flights and transfers I’ve had to fork out for.

How hot does it have to be to legally leave work?

“Turkish dentists are only interested in giving you the look you want, even if there’s no return or aftercare.

“I am absolutely gutted and just wish I had been advised not to cut my natural teeth by these money grabbing dentists, I would give anything to have my healthy teeth back.”

A MUM was left furious after her son’s school said he must attend even if he has a serious illness and threatened to report her. An email from the school reportedly...