LIZ Truss’s supporters say she is ready to hit the ground running if, as expected, she is announced today as the new PM.

Let’s hope they are right.

Because whether it is Liz or Rishi Sunak who has won the pointlessly long leadership campaign, they will be facing the worst in-tray of any PM since Margaret Thatcher.

There is no time for a warm-up, and that goes for their Cabinet as well, who need to be selected on merit — not which side they picked in the interminable squabble for No10.

The incoming PM will need to have immediate answers for the cost of living crisis, illegal migration and other problems that have festered for two months while the infighting dragged on and on.

Voters really don’t give a stuff about the warring factions within the Conservative Party. 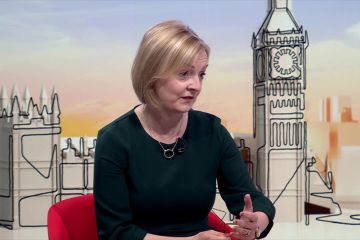 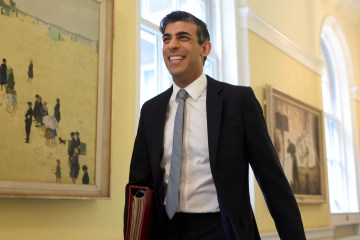 Rishi Sunak prepares for backbench ahead of expected defeat to Truss

They just want them all to finally pull together and get on with the job of governing, for the sake of the country and all of us.

If it’s Liz Truss in charge, then talk of her announcing a radical package of help within the week is encouraging.

It’s going to take something huge to save those householders and businesses who are facing financial catastrophe due to soaring energy bills.

And it can’t happen soon enough.


Goodbye Boris, a flawed giant who got more right as PM than wrong

ON Friday night, the BBC dedicated a special edition of Have I Got News For You to hurling spiteful and even four-letter abuse at the outgoing PM.

The panel also thought it was entertaining to make nasty jibes about No10 needing “padded wallpaper” if Liz Truss moves in.

Yesterday, on the first edition of its new flagship politics show, comedian Joe Lycett sarcastically applauded Ms Truss live on air and — in a performance that delighted the left-wing Twitterati — made no attempt to hide his utter contempt for the Tories.

So, Tim — how do you think that’s going, exactly?

WITH Harry and Meghan’s continued sniping at the Royal Family, there is little expectation they will meet up with William and Kate while briefly in the UK this week.

They are, however, still happy to keep the “Sussex Royal” social media tagline that they vowed to ditch when they stepped away from royal duties in 2020.

Why? It’s good for helping them to cash in on the other side of the Atlantic.

Indeed, their connection to royalty is perhaps the only thing they’ve got left to endear them to Americans who seem to be tiring of their virtue-signalling and attention-seeking.