A MUM has slammed her daughter’s school after they sent her home saying her skirt was too short – despite her wearing it all last term.

The mum-of-four says the school in Sheffield, South Yorkshire, sent home hordes of kids on the first day due to their harsh uniform policy.

She says teachers sent Mia, 12, packing shortly after arriving for her first day back, telling her the skirt she was sporting was too short.

But the 34-year-old insists it is the same skirt she wore for the entirety of the last term, which didn’t raise any issues.

Nicola has now been forced to fork out £60 on four longer new skirts to get Mia back into the classroom. 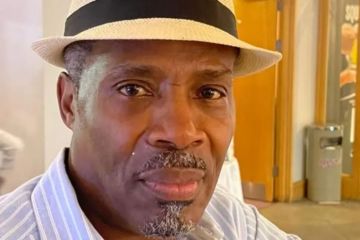 Pensioner, 67, killed in ‘assault’ on industrial estate, as man, 25, charged 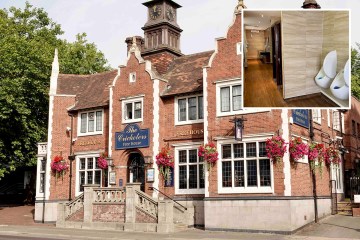 Spoons evacuated after toilet waste fell through ceiling ‘onto drinkers below’

The mum has hit out at the high school for their strict uniform policy amid the cost of living crisis that is gripping the country.

She told the Mirror: “We haven’t got the money to keep buying new uniform a day into the new term.”

Mia’s 13-year-old cousin Ethan Teasdale was also sent home on the first day from the same school after staff scolded him for his trainers that have a gold trim.

His mum Lauren Parkinson was reportedly informed he was not permitted back on the premises until he had different footwear.


I was suicidal & quit fame to live on farm after Bake Off, says John Whaite


Martin Lewis breaks down in tears before going missing from GMB

She has had to use a buy now, pay later credit option to afford a second pair of plain black trainers without the minute detailing.

But Lauren also maintained the school had not batted an eyelid when he wore the shoes for the last year.

The furious mum said: “I asked the school why they aren’t allowed, as he had the same style last year, and they said they are cracking down.

“I had to spend £110 for some Nike Air Force Ones as they were totally black. I’ve had to get it on Klarna so I can pay it off each month.

“They go to school to get educated. What difference does a tiny bit of gold trim make? He’s lost a week of school because of this.”

She continued: “No students were sent home for wearing incorrect uniform

We haven’t got the money to keep buying new uniform a day into the new term.

“Any student that arrives to school without the correct uniform is offered a replacement item from the school stock.

“We are not expecting our parents to buy new uniform items.

“Our uniform policy has remained the same for the last five years and is clearly set out on our school website.

“Parents and students have been reminded of our expectations before and during the summer holidays and have been provided ample time to buy school uniform that is in line with our uniform policy.”

Ms Matthews added: “We understand the hardship that some families are currently experiencing.

“We have given out free uniform items to a number of students over the last few days.

“We also have a hardship fund which is accessible to any family or child that needs support during this difficult time.

“All parents/carers have been made aware of the support available to them and have access to the form on our school website where they can request support with any uniform items they are having difficulties with.

“So far, five parents have requested support through this avenue and we are in the process of working with them to ensure their child has the right uniform.”

OVER two hundred mourners attended a memorial service for nine-year-old Olivia Pratt-Korbel today at a church just yards from her primary school. The moment of prayer marked a “dark hour” for...