JUNK food curbs to crack down on obesity rates face being scrapped in a major overhaul of “nanny state” meddling.

Restrictions on unhealthy grub displayed at checkouts and high-calorie multibuy deals face the axe under a review by Ministers.

A pre-watershed 9pm ban on advertising products high in fat, salt and sugar due to come in next year could also be ditched.

Prime Minister Liz Truss indicated during the Tory leadership contest that she would look at anti-obesity policies backed by Boris Johnson.

Christopher Snowdon, from the Institute of Economic Affairs, last night said: “Scrapping policies that make food and drink more expensive during a cost of living crisis is a no-brainer.

“The sugar tax has achieved nothing and the ban on volume price discounts will hurt everybody.” 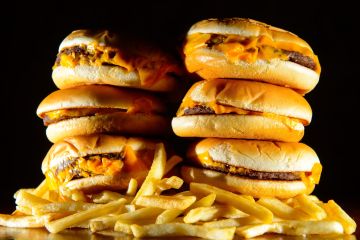 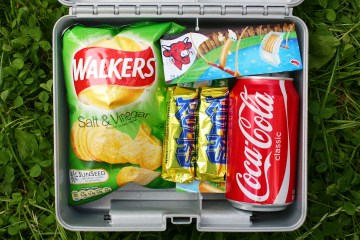 The probe could even consider whether the sugar tax, which makes soft drinks less unhealthy, could also disappear.

Calorie counts on menus that only came into force in April but could also go under the review which has been led by the Treasury.

Health Secretary Therese Coffey faces a backlash from health campaigners with two-thirds of adults either overweight or obese.

One source said: “There doesn’t seem to be any appetite from Thérèse for nanny state stuff.”


Will schools close on the day of the Queen's funeral?

The NHS faces bills every year of £6.1 billion every year dealing with the issue but that figure could rise to £9.7 billion by 2050.

Whitehall sources said the review was “deregulatory in focus” to cut burdens on business and help households cope with the cost of living crisis.

But Katharine Jenner, director of the Obesity Health Alliance, said any such moves would be a “kick in the teeth”.

She said: “This will not help the cost of living crisis in the short term, and in the long term would lead to serious consequences for our health, our economy and our NHS.”

Boris Johnson launched an anti-obesity drive following his Covid battle at the start of the pandemic following his time in intensive care.

Studies have shown that a majority of people with excess weight needed life-saving care.

BORIS Johnson is terrified Rishi Sunak could snatch an eleventh-hour victory in the No10 race. The outgoing PM is still seething at his ­former Chancellor’s resignation — which triggered his downfall....