ACCORDING to an on-the-spot Q&A, the thousands who happily queued past the Queen’s coffin last week were a perfect cross- section of the national ­profile – age, race, gender and social background.

These citizens, some on foot for 24 hours, some in wheelchairs, were there not simply to mourn their sovereign but to express gratitude for her lifetime of uncomplaining service.

Queen Elizabeth II exemplified the wartime motto printed on every souvenir mug and tea towel in London today: “Keep Calm And Carry On.”

Which is what Prime ­Minister Liz Truss has been trying to do since Boris Johnson handed on the baton a few hours before the Queen died.

Yet this will be no “Continuity BoJo” regime. We are about to witness a Thatcher-style revolution. 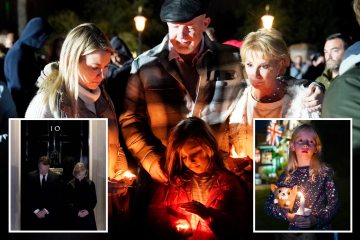 MINUTE FOR HER MAJESTY 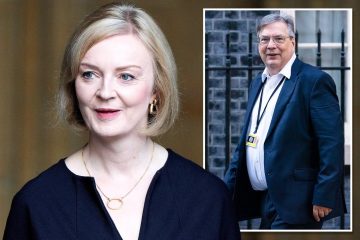 Judging by the howls of fury from the Labour Left and the woke brigade, she is already succeeding.

The green levy on energy bills — “a rich man’s tax on poor people” — will be axed or suspended.

So will the buy one, get one free ban and the sugar tax.

Fracking gets the all-clear. North Sea oil will flow once more.


Viewers all say the same thing about Queen's grandson, 14, during vigil

We cannot allow anything to stand in the way between heating and eating.

Look out for cuts in the state payroll and savings on public expend­iture, not least the grotesquely expensive HS2 rail line.

The aim from now on is to unshackle the UK from clunky EU rules, oppressive taxes and cloying environmental and planning laws and give the economy wings to fly.

Measures will be unveiled daily until Friday’s mini-budget, in time to eclipse Labour’s bickering annual rally which opens in Liverpool this weekend.

The Government needs a massive bazooka to blow the UK economy out of trouble, unleash new growth and convince global investors we mean business.

Another £30billion will reverse the rise in National Insurance contributions and halt increases in business taxes.

And the Chancellor reportedly has another secret bazooka — a “rabbit out of a hat” which might include a cut in the standard tax rate or the clunky 40p in the pound for middle earners. Or a promise to do both.

In coming weeks, ministers will unveil plans to repair shoddy public sector delivery, from prisons to passports, from illegal immigration to housing and planning.

Some of her plans will enrage the grassroots Tories who voted for Liz almost as much as they infuriate Labour and the Lib Dems.

But taken as a package, they are designed to save the UK economy from a full- blown Putin-inflicted winter meltdown.

Unlike many EU economies, including powerhouse Germany, Britain is unlikely to experience power cuts this winter.

“But we need to act fast,” warns a City expert.

“The economy is weakening faster than expected. Retail sales are alarming, with costs rising, sales down and worsening by the day.”

And we have been slow to implement basic steps to curb inflation.

The sluggish Bank of England last week delayed a rise in interest rates out of respect for Her Majesty. The financially canny Queen might have advised otherwise.

This is an emergency.

Bank governor Andrew Bailey needs to pull his finger out, get ahead of the curve and sharply increase interest rates in line with the rest of the Western world.

A recession may yet be inevitable.

Inside Wills & Harry’s ‘uncomfortable’ week with ‘no meaningful reconciliation’

But measures like this will decide whether it will be short and shallow — or long and deep.

To quote wartime leader Winston Churchill, “This is no time for ease and comfort. It is time to dare and endure”.

PUBLIC fury over illegal immigration is exploding across Europe and the US.

Tolerant Sweden has just kicked out its Social Democrat government after an explosion of gangland violence.

Italy is about to follow suit, replacing decades of ­quasi-Communist rule with a new right-wing coalition.

Republicans in Texas and Florida have taken direct action, bussing scores of illegal immigrants to Democrat heartlands in Martha’s Vineyard to see how the locals like it.

Meanwhile, with knife and drug crime soaring here, easy-going Brits look on as UK Border Force act like partners in crime to millionaire people-smugglers, ­dumping armies of illegals on to our shores.