A WOMAN has shared how she’s not had to turn on her oven once since investing in an air fryer.

But she insisted she’s not missing out on her favourite dishes, as she’s still managing to cook everything and anything – from hot wraps to pies.

TikTok account Little Olive and Pip, whose profile is @thewirelady, has been busy sharing recipes since she bought her Ninja Air Fryer.

Whether she’s cooking up tasty lunches or dinners, the woman said she can’t get enough as she revealed her top tips to her social media followers.

Most recently, she shared her step by step guide to making a chicken pie in the trusty kitchen gadget.

The social media user explained how all you need to do is roast a chicken at 200 degrees after rubbing some oil, salt and pepper on the skin to make it crispy. It will cook within an hour. 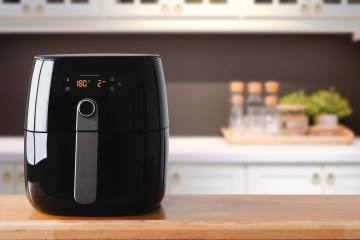 I’m a cooking pro, 5 things you shouldn’t cook in an air fryer from popcorn to steak 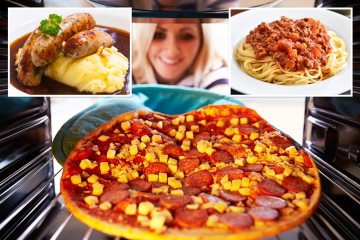 Next, she chopped up some button mushrooms and spring onions for the filling that goes inside.

The two vegetables go inside the second tray of the air fryer with a dollop of butter for five minutes.

When they were cooked, she added some flour and a chicken stock cube and water to thicken the mixture. Once at the desired consistency, simply spoon in some English mustard and creme fraiche.

The final stage is spooning the mixture and shredded cooked chicken into small dishes that will fit in the air fryer.


My boobs are epic – I should've got them out like Denise, says Sarah Cawood


I'm so pretty, women hate me… some don't understand how hard it is being me


Mum mortified after daughter, five, made a 'dreamcatcher' for her room

Then cut some ready rolled puff pastry and place it on the top of each dish with some egg wash, before putting it back in the air fryer for 5-10 minutes.

Her previous posts have also included a delicious ham, cheese and tomato wrap that’s perfect for a quick bite to eat at lunchtime.

She’s also showed how you can create dinners, including chicken and chips, honey and mustard gammon joint and a chicken and pesto pasta bake.

As her followers said they loved her recipes, one revealed they were a new convert to cooking in the air dryer.

@thewirelady replied: “Thank you, very tasty. I haven’t used my oven since I’ve had an air fryer!”