A MUM who paid £200 for a huge leg tattoo was left in hospital unable to walk after it went badly wrong.

Shyann Johanneson, 26, got her right thigh tattooed with a design featuring an eye, clock, compass and rose back in April last year.

But despite the artist having previously doing a number of other tattoos for her – this one did not go to plan.

Mum-of-four Shyann says that within hours she was in agony and struggling to walk before her leg began to “ooze” and smell like “rotting flesh”.

The artist allegedly blamed her use of numbing cream but Shyann claims doctors said the ink had been pushed too deeply into her skin, causing the infection.

The infection, which was most severe in darker inked areas, then developed into sepsis – leaving her at risk of needing a skin graft. 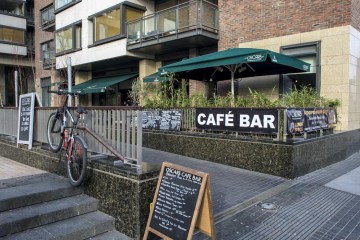 Pub owner slams customer for cheeky move over 4-hour visit – was he right? 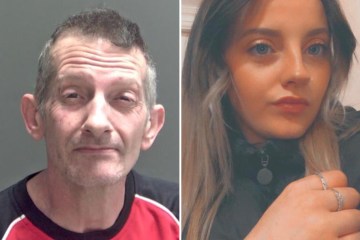 Sepsis happens when your immune system overreacts to an infection and starts to damage your body’s tissue and organs.

Thankfully for Shyann the wound healed after a gruelling three-month recovery period and she has now shared horrifying photos of her ordeal.

Shyann, from West Yorkshire, said: “When the tattoo was first finished it looked absolutely beautiful, it was one of my best tattoos, I was so happy with it.

“I’ve given birth to four kids without pain relief, I’m stubborn with pain but within 12 hours the pain was that intense I couldn’t even walk, it was so bad.”

Shyann added that within four hours she was laid up in bed “in agony” and described it as “the worst experience of my life”.


Dos and don'ts on drinking alcohol after having the Covid vaccine


How do I cancel or reschedule my Covid vaccine appointment?


Where can I get the Pfizer vaccine near me?

She continued: “He butchered my leg. It was literally just oozing and rotting, it even smelled like rotting flesh. It got to the point where I was so poorly I felt like I was going to die.”

And she claims that the plastic surgeon said the tattoo artist “had gone way too deep into my skin”, causing sepsis.

Shyann added that if she hadn’t been so reactive seeking out medical help she doesn’t believe she would’ve kept her leg.

The mum was prescribed antibiotics and pain relief for the “oozing” wound after visiting her doctor the day after her tatt.

When the pain continued to increase a day later she went to St James’s University Hospital, in Leeds, where she alleges doctors confirmed she had sepsis.

Shyann was given IV antibiotics to fight the infection and says she began to feel better over the next 48 hours.

But she had to return to the hospital for dressing changes every three days as doctors warned that she may need a skin graft.

After two months of check-ups, her leg showed signs of improvement and she was discharged with supplies to dress and clean the wound herself before it fully healed a few weeks later.

Her inking looked red and raw[/caption]

Shyann was hospitalised after the infection[/caption]

She also claims the tattoo artist told her “for weeks” he was going to repay her before blocking her out of the blue.

The mum-of-four added: “After months of him chasing him down the solicitor emailed me and said ‘there’s nothing we can do because the guy is not even registered as a tattooist and he doesn’t hold insurance’.

“He said on social media that he was a qualified tattooist. You don’t really think to question it when someone says ‘I’ve passed XYZ’ and his tattoos are good as well.”

However, despite acknowledging she broke tattoo aftercare advice, Shyann argues that the inking “was already infected”.

Shyann said: “I’ve had loads of tattoos before where I’ve jumped in the bath that night to get rid of the blood and ink and every other tattoo has been fine.

“But this one there way no way I could even put it under the water, never mind wash it, because it was so painful.”

The student now hopes to warn other tattoo enthusiasts to carefully research artists and ask for proof after being left with bad scarring.

Shyann said: “My skin is literally paper thin to the point where it’s a year-and-a-half later and I’m still too scared to get it touched up.

“Make sure before you get tattooed that you’ve seen their insurance and qualifications because it can go really wrong. In my case it did.”

The tattoo artist was repeatedly contacted for comment but failed to respond.

SEPSIS is a life-threatening reaction to an infection and happens when your immune system overreacts and starts to damage your body.

Signs of sepsis include:

SCIENTISTS have successfully grafted human brain cells into rats — a move that could help to better understand conditions such as epilepsy.  Lab-grown nerves were implanted in rats two or three...