FORMER All Blacks star Zac Guildford has opened up on his from fall from grace after years of drug and gambling addiction.

Guildford, 33, won the Rugby World Cup in 2011 and made 11 appearances for New Zealand’s Rugby team.

Zac Guildford, pictured here in 2014, opened up on his addiction to drugs and gambling[/caption]

However, he has opened up on his time as an addict detailing his huge struggle with drugs, alcohol and gambling as his addictions nearly cost him jail time and his life.

He told NewsHub: “I’m either going to end up in jail where I don’t want to be, or dead, or I get my life together.

Following his World Cup victory Guildford fell into a deep gambling pit which saw him steal over £95,000 from friends and family and sell his World Cup winners medal to fund his addiction. 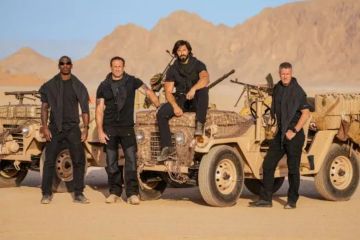 Earlier this year, Guildford was sentenced to nine months of home detention upon being found guilty of fraud.

He made an unathourised transaction of almost £38,000 from his Grandad’s bank account into his own and also defrauded a friend out of more than £55,000.

His family called the police on him following the transaction from his grandad’s account, and upon being arrested Guildford tried to take his own life to avoid his personal life being revealed in public.

He spent three days in hospital recovering, and said: “It was tough. It was definitely one of the hardest moments of my life.

“I didn’t know what to do, I let my grandad down.”

He reveled he has “lost everything” due to gambling, and even admitted to losing over £23,000 in a single bet.

However, after avoiding jail Guildford is hoping to get his life back on track.

“I am sober. The last time I touched alcohol was March 16, class A drugs a bit before that, so early March, and gambling I broke that off on April 17,” he revealed.

On the detrimental impact addiction has had on him, he added: “It shows how powerful addiction is.

“It takes no prisoners, it takes everything off you, strips your value, your worth, everything you were before and leaves you standing naked by yourself.

“It’s a pretty hard place to come back from.”