THE idea that Liz Truss, in power for just over three weeks, is to blame for all of Britain’s economic woes is laughable.

Yet it is being put about not just by the usual Tory-hating mob but by world leaders desperate to pass the buck for their own disastrous problems.

Mortgages are rocketing across the globe, from America to Australia.

It’s no comfort for home owners here, but our rates are similar to theirs.

It is absurd to think that’s all down to last Friday’s mini Budget.

Inflation too has soared across the West. 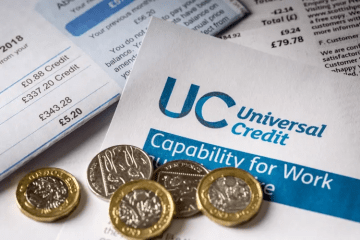 Ours is 9.9 per cent, partly because of the Bank of England’s failure to tame it.

Recession there is nailed-on, when so far we’ve avoided it.

This is not to say Kwasi Kwarteng’s tax-cutting moves did not cause City turmoil. They did.


If you’re seeking to defy gravity, Liz Truss, at least tell us HOW


How did cops let catching a vile paedo turn into a gender identity row?

We have criticised their handling, timing and lack of oversight by the OBR.

But our economy was already in poor shape.

That is the legacy of the vast spending and debt binge of the Blair/Brown era, then three Tory PMs who increasingly also believed in an ever-larger State.

The result is a tax burden at a 70-year high and the long, entrenched fall in ­living standards which Truss, as she says opposite, is desperate to reverse.

She isn’t cutting taxes out of some weird right-wing fetish.

She is convinced it will boost growth and make everyone — poor and rich — better off.

Polls look bleak for the Tories. But, given time, we believe her plan can work.

The high-tax, big-spending socialism-lite which has been the orthodoxy here for years has made Britain ever poorer and would continue doing so.

A major reset is long overdue.

PUTIN’S demented annexation of parts of Ukraine is the last gasp of a madman who must know his ragged army is beaten.

It was aimed at gullible Russians still swallowing his drivel — and as a warning to the West not to help Ukraine defend those territories.

Laughably, he even called for peace talks, perhaps hoping to end his disastrous war and present his illegal “gains” as victory.

Putin has turned Russia into a global pariah and himself into a laughing stock.

Western leaders will back Ukraine all the way.

So must we all, even as our economies are suffering.

Relations with Russia cannot return to normal until it has fully retreated with its tyrant deposed or dead.

FINALLY the social media sewer is held to account for the death of Molly Russell.

We echo Prince William’s tribute to her family’s bravery.

It is high time Instagram and other sites invested millions purging horrific content that causes self-harm and worse.