THERE’S nothing worse than adding a splash of soy sauce to your food only to have loads pour out and ruin everything.

Well it turns out there’s a way to stop that happening, and it’s built right into the lid.

In a clip shared on TikTok by @andrelifehack the foodie showed what the hole in the lid of most bottles of soy sauce is really for.

It turns out that if your hold your finger over one end of the bottle you can easily control how much sauce comes out.

Simply release your finger to allow the liquid to flow freely and apply pressure to the other end when you’ve poured enough.

The hack is perfect if you’re a bit of a clumsy home cook and always end up with a sea of soy sauce on your food. 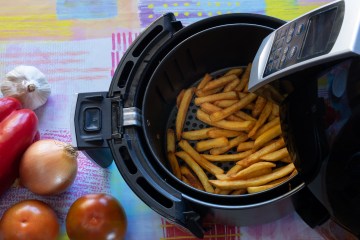 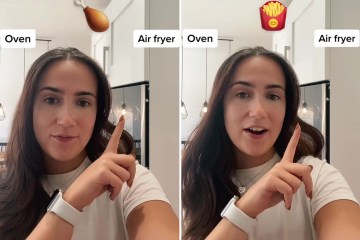 Viewers of the clip were amazed that they didn’t already know what the hole in the lid was for.

One said: “Oh my goodness I didn’t know this!”

A second quipped: “Why don’t they explain that on the label!”

However others weren’t sure how clean the bottles would be in restaurants if everyone used the hack.

One viewer wrote: “What if the next person uses the wrong side? Because we know the restaurants aren’t washing those caps inbetween use.”

One viewer agreed: “Now I’ll never use them in restaurants.”

Another said: “Who didn’t know that! Those bottles have been around for decades!”