FORMER Wales rugby captain Ryan Jones said “my world is falling apart” as he revealed he has been diagnosed with dementia, aged just 41.

The former British Lions flanker revealed the devastating effects of the diagnosis on him and his family.

And the three-time Grand Slam winner would have CHANGED his career if it meant avoiding dangers that might have caused his condition.

Now Jones claims the sport is “walking headlong with its eyes closed into a catastrophic situation” amid fears over head trauma from heavy and repeated impact.

The ex-Ospreys hero told The Times he has gone from being a confident “superhero” to “really scared” after noticing that “some of my cognitive function… and short-term memory wasn’t great”. 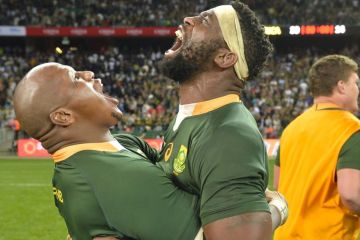 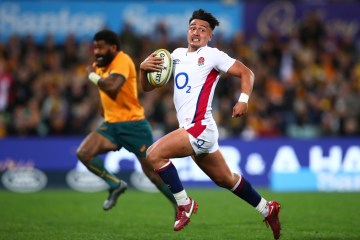 He said: “I feel like my world is falling apart.

“It terrifies me because I don’t know if, in two years’ time, we’re sat here and these episodes are a week long, two weeks long or permanent.

“And I am really scared because I’ve got three children and three step-children and I want to be a fantastic dad.

“I lived 15 years of my life like a superhero and I’m not. I don’t know what the future holds.”

Jones suffered from depression as his family noticed changes in his condition.

And as an elite sportsman he feels the extra frustration of not being able to ‘train’ himself out of his condition – like he could with poor form or after injury.

He said: “I’m not able to perform like I could. And I just want to lead a happy, healthy, normal life.

“I feel that’s been taken away and there’s nothing I can do.

“I can’t train harder, I can’t play the referee, I don’t know what the rules of the game are anymore.”

Reflecting on his success out in the middle and its perils, he added: “I got to live that dream.

Thousands of families to get extra £130 help with bills

“I captained Wales more times than anyone else until Warby [Sam Warburton] came along and I wouldn’t change.

“Actually I would change it based on my experience now. But in the moment it was amazing.”