Spot on, Brandon Lewis…it’s time our jails return to gender

A SMALL bit of good news amid the storm of flying poo we are all currently enjoying.

The Government is to stop male prisoners who say they’re not male any more from being held in women’s prisons.

The Justice Secretary, Brandon Lewis, has conceded that a women’s prison isn’t the place for people who are, not to put too fine a point on it, men[/caption]

Instead they’ll go to a prison that is in accordance with their real gender, as evidenced by any one of the following possessions: XY chromosome, testicles or long, dangling todger.

I realise that this only affects you directly if you’re a woman prisoner and a 20st “woman” called Loretta, who speaks in a gravelly voice and has a copious beard, has just been moved into your cell.

But we have to take our pleasures where we can find them these days. As I’m sure Loretta would agree.

The Justice Secretary, Brandon Lewis, has conceded that a women’s prison isn’t the place for people who are, not to put too fine a point on it, men. 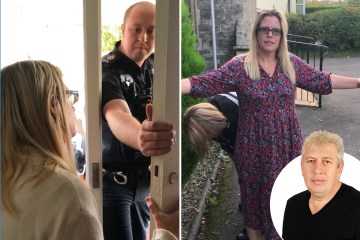 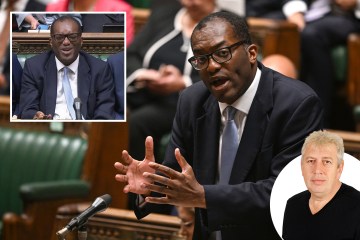 Gawd knows why it’s taken this Government so long to work that one out.

A study done a while back suggested that men who have transitioned and find themselves in prison are FIVE times more likely to launch a sexual assault on their fellow prisoners than non-trans prisoners (i.e. the women).

And yet still the liberals insisted that Loretta had a right to be Loretta, rather than Stan.

And that if you believe you are something then you definitely are, and we all have to go along with the charade.

A woman, a condor, a unicorn, whatever.

OK, so Brandon’s ruling will only affect prisoners. But it is at least an acceptance of what is an obvious fact — you are the gender you were “assigned” at birth. They didn’t get it wrong back then.

And it means it may be easier to move on from prisons to other areas where there might be problems.

Changing rooms and toilets, for example.

Men in one, including men who want people to think they aren’t men, and women in another.

Girl Guides should be for girls. Boy Scouts for boys.

The Olympic 100-metres sprint for women should not include, in its starting line-up, Loretta.

A recent study has discovered that even 14 years after surgery and taking various drugs, a transitioned man is STILL much, much stronger and better able to compete than a woman.

They use oxygen more efficiently, they have greater musculature and body strength. Because they are men.

A much simpler way of proving this point is to compare the success rates of men who transition into women and the other way around.

That should tell you something.

It has been reported that transphobic attacks have increased markedly recently.

If that’s true, it’s terrible news and must be stopped.

Transgender people deserve to be treated with respect and decency, just like anyone else.

But I wonder if those attacks are perhaps the consequence of a minority of shrieking trans activists insisting their counter-rational demands must be met.

And estranging the population.

THAT irritating hobgoblin Graham Norton has been sticking the boot into John Cleese.

The former Python had been complaining – rightly – about cancel culture.

Not surprising, as half of Cleese’s most brilliant work wouldn’t get shown by the BBC today.

In steps Norton to suggest that cancel culture is simply making people accountable for what they say.

People have always been accountable for what they say.

Cancel culture is about erasing them from public life if they don’t agree with, say, Graham Norton’s views.

People lose their jobs simply for speaking their minds honestly and freely, Norton.

Incidentally, I bumped into John Cleese at the weekend. He was giving a (very good) speech at the Social Democratic Party conference.

We were sat together and enjoyed a good natter.

As he was about to leave I asked him to sign an autograph for my daughter, Emmy, who adores him.

He very kindly said yes and wrote on a scrap of paper: “Emmy – I sat next to your awful father.”

APPARENTLY half of Britain’s universities no longer have debating societies.

Free debate was once the cornerstone of British academic life. Not any more.

The university authorities are terrified by debates.

They fear someone might say something that upsets a few of their cosseted little darlings.

And so debate simply doesn’t happen.

IN Bradford, 24 men have been charged with having sex with ONE 13-year-old girl.

I suppose nobody seems outraged by such allegations because they have been made before so often.

And nobody wants to be accused of being a racist for mentioning it.

THERE’S a very funny scene near the end of the old comedy film Airplane.

The stricken jet is coming in to land and someone in the control tower says: “Shouldn’t we put the landing lights on?”

In the scene the jet is coming in to land and someone in the control tower says: ‘Shouldn’t we put the landing lights on?’ His boss replies: ‘No, that’s just what they’re expecting us to do’[/caption]

His boss replies, sinisterly: “No, that’s just what they’re expecting us to do.”

I have the distinct feeling that Andrew Bailey is taking this sort of approach to running the Bank of England.

He knows that the money markets are all about confidence.

So what does he tell people in New York?

He says that the pension funds have three days to get themselves in order and they’re not being bailed out again.

Cue an immediate plummet of the pound.

Shouldn’t we get rid of this clown?

HERO of the week is Tom Felton.

The actor who starred as Draco Malfoy in the Harry Potter movies has been sticking up for JK Rowling.

Like Radcliffe, Emma Watson can’t find a kind word to say about the woman who gave her her immense riches and stardom[/caption]

“No one has single-handedly done more for bringing joy to so many different generations,” he said, rightly.

Makes a change from his idiotic former co-stars such as Emma Watson and Daniel Radcliffe.

They can’t find a kind word to say about the woman who gave them their immense riches and stardom.

They disagree with her principled stand on the transgender issue.

Anyway, after all these years it’s now clear that Slytherin was the best Hogwarts house to be in. Gryffindor was full of hypocrites.

SO, King Charles will be crowned on May 6 next year.

And I have an idea of how we might celebrate. May 6 is also International No Diet Day, when people are encouraged to accept their body shape.

So turn the telly on and order five party buckets, 20 Big ‘n’ Tasties and a few dozen stuffed-crust pepperonis.

MOST new immigrants to the UK come from Nigeria, according to a new report.

Nothing wrong with Nigerians. It’s just the numbers that are scary.

Home Secretary Suella Braverman says she is going to clamp down.

Thousands of families to get extra £130 help with bills

They always say that and they never, ever do.

Mass immigration is hugely unpopular with the electorate. Anyone who gets a proper grip of it will get an avalanche of votes.

Deadly knock-on effects of lockdown THE devastating consequences of lockdown become more evident every day. It now appears the Covid clampdown may have left children more exposed to other illnesses, including...