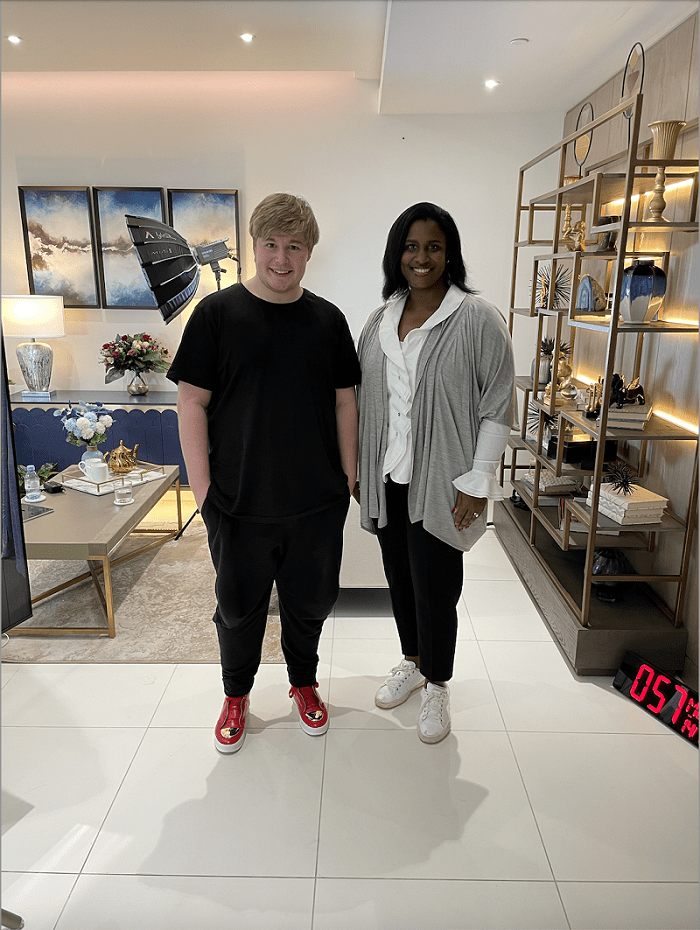 In the latest spotlight of My Duvet Flip, Youth Group CEO Jack Parsons is joined by Syreeta Brown, CPO at Virgin Money, who shares her learnings from her successful career.

This week Jack Parsons invited Syreeta Brown into his London home for the latest episode of My Duvet Flip, where they discussed learning from failures with resilience, the importance of mentors and how to build confidence in yourself, all with the aim of having a meaningful impact on young people who may be struggling to kickstart their careers right now.

Syreeta is a leading HR director, previously holding roles at BT and Citi before her current role at Virgin Money. She is a real model for women in the BAME community, speaking about the importance of coming together based on ambition rather than looks, as well as the importance of building a network that doesn’t necessarily look like you on her spotlight of My Duvet Flip.

Jack is the UK’s Chief Youth Officer and CEO of Youth Group. He started My Duvet Flip in lockdown following a battle with skin cancer in which he lost motivation to flip the duvet and work. The aim of the My Duvet Flip youthcast is to inspire young people to find their own reason to flip the duvet, by showcasing real models like Marc that young people can look up to.

After filming the spotlight with Syreeta, Jack Parsons said ‘I loved meeting Syreeta today – she’s such an inspiration to all young people. I had such a great time filming with her for My Duvet Flip and I can’t wait for our community to learn from the spotlight!’

Following a hugely successful first series, My Duvet Flip recently returned with the first episode of a new season, where young people can learn top tips from entrepreneurs at the driving wheel of some of the best known companies. At the time of writing, this spotlight has reached over 100,000 views in just over two weeks.

In case you missed the live showing, you can now catch up on Syreeta’s spotlight of My Duvet Flip on the Jack Parsons YouTube channel. Keep your eyes peeled for little soundbites coming out on Jack’s TikTok very soon too!

“My Duvet Flip Series is powered with the amazing Aviva and EY”.