SEVERAL times over the past 1,000 years of our history, we have had a year of the three kings.

Well, 2022 turns out to be the year of the three Prime Ministers.

Rishi Sunak has become the third Prime Minister in 2022[/caption]

Yesterday the Conservative Party seemed to be suddenly awakened by some remaining survival instinct.

The main contenders for the leadership dropped out, leaving Rishi Sunak the uncontested leader of the party and therefore the country.

The manner of Boris Johnson’s dropping out from the race could hardly have been more typical.

Johnson was sunning himself on holiday when Liz Truss resigned. 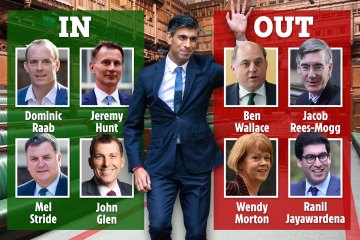 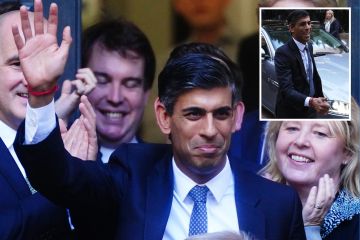 He scrambled back to the UK, only to discover that he had run out of political tarmac.

As for Penny Mordaunt, to her credit she realised the markets and the country could not cope with another hour, let alone a week, of Conservative Party infighting.

She dropped out gracefully, though presumably not with- out some haggling.

And so, after Johnson and Truss, Sunak finally finds himself crowned — or cursed — as the latest occupant of No 10.


Radio DJ, 55, dies while on-air as tributes pour in for presenter

Certainly it is not a good time to inherit the role.

The public finances are in a mess. Public spending is out of control.

National debt is at historic levels. Inflation and the rising cost of living are hurting savers and spenders alike. And those are just some of the problems at home.

Yet there are a number of things to celebrate about Sunak’s arrival.

The first is that, at a time when the economy has never been more important, here at last is a Prime Minister who actually understands the thing.

Boris Johnson never took much of an interest in the matter.

Liz Truss tried to do too many things at once and almost crashed the country.

But in Sunak we have someone who understands the trouble our economy is in and hasn’t been afraid to identify the problems.

He lost the leadership race among the Tory grassroots partly because he did not sugarcoat things. Unlike his rival.

And it was Sunak — not Truss — who was proved right in double-quick time.

His challenge now is to tackle inflation and public spending. This will involve tough calls and tough times.

But Sunak is a good communicator — unlike the clunky Truss — and if anyone can explain to the country what needs to be done, then it is him.

It is also a good moment for Sunak because, throughout the problems of recent years, he has been a consistent voice of sanity.

While some of his colleagues in the Cabinet were calling for endless lockdowns during the Covid era, Sunak constantly tried to make the case for keeping the country open.

It wasn’t a popular opinion at the time, and he didn’t get his way when it mattered, but nevertheless, his judgment has been proved right.

There is also the issue of welfare reform.

Sunak knows there is something deeply off about the number of people in this country who are claiming out-of-work benefits.

Some estimate the figure to be as high as 13 per cent of the population. This in a country which has an historic labour shortage!

The Conservatives have tried welfare reform before, but this time it is desperately needed, and Sunak knows it.

Our country needs to fire up and get going again. It can’t do so if hundreds of thousands of our fellow Brits are being paid to sit at home.

So there are many reasons to think Sunak is the right man for the hour.

But there is one other thing that deserves a brief comment.

And there was something distinctly off about this. Because one of the things that makes us so different from many other countries is how little this actually matters and how little it has been noted.

In America, the election of an ethnic minority candidate to the presidency 14 years ago was treated as an historic world event.

And for the United States, the election of Barack Obama in some ways was.

As for most countries across Europe, the very idea of some-one from an ethnic minority becoming Prime Minister or President remains unimaginable. Or at least light years away.

Only in Britain is this the case, and also the least important, least remarkable thing about our new Prime Minister.

Sunak has not ridden into No 10 because of his skin colour, nor in spite of it.

He has got there on the basis of his abilities and skills, despite the fact that this has happened in a country that has been so smeared and defamed in recent years for being so “racist” as to vote Brexit.

I hope that this is just the first of dozens of times over the next couple of years that this country can prove our many critics wrong.