A COUPLE of 21 years say they were left heartbroken when they were told their wedding would not go ahead in just two weeks’ time.

Dean Turner and his fiancée Charlotte Townend were counting down to their big day but said they received a call from their wedding planner at 8.45am, who said that the Hull Humber View Hotel could no longer host them.

The couple from Hedon, East Yorkshire, said that they had been told the hotel was being “taken over” by the Home Office to house asylum seekers from Monday and that all events and bookings would no longer stand.

When approached by Hull Live, the Home Office said that it did not comment on individual sites for housing asylum seekers but confirmed the use of hotels was a short-term solution while they work hard with local authorities to find appropriate accommodation.

The hotel refused to comment when contacted by the paper.

Dean Turner, 40, said: “My partner and I have been together for 21 years and have a family together. 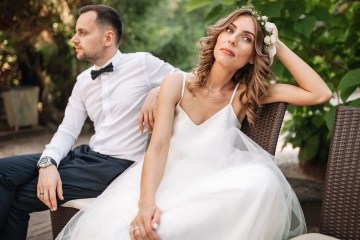 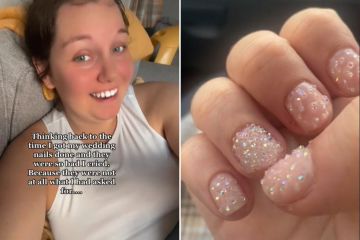 “She is the love of my life and we have been so excited for our wedding day that was supposed to be only 14 days away.

“Everything had been booked and paid for including 25 rooms for our guests, a wedding dress, bridesmaid dresses, flowers, you name it.

“It’s all we’ve been talking about for weeks and then I received the call from my wedding planner this morning.

“He told me that the hotel was getting taken over by someone else, so all bookings had been cancelled for the next year and he had 100 people to ring round.

“When I demanded answers about why I was only finding out now, he said he’d only found out himself this morning.”

According to Dean, the Best Western hotel will be closed to the public from October 29, with no availability on the hotel’s website from that date.

However, the hotel and Best Western both refused to comment about what would be happening from Monday when approached by the paper.

Dean added: “My wedding planner tried to come up with alternative venues in Hull for the same day but unfortunately, no Hull City Council registrars were available.

“Then when I called around trying to sort something out, I was asked if I knew the real reason the events had been cancelled.

“I was then informed that the hotel is due to be taken over by the Home Office on Monday, and security would be there to help asylum seekers move in.

“I have no issues with this but the most frustrating part is the lack of notice and surely the government would have planned this a while in advance?”

Dean said the last-minute cancellation was incredibly frustrating but his main concern was for Charlotte, his bride-to-be.

He added: “Charlotte went to work this morning so I had to tell her the news over the phone and I just knew she would be devastated.

“Especially for a bride, a wedding day is meant to be the best day of their lives and what they have always dreamed of.

“I haven’t even been able to give her a hug yet and I just don’t know what to do.”

Dean now said his wedding would have to be rescheduled for next year.

He said the couple would either get a refund or be able to defer the flowers and venue but bridesmaid dresses that kids will grow out of and travel costs for guests are likely to be wasted.

Dean said: “My son was due to fly home from working overseas for the big day and we had plenty of rooms booked for family from Portsmouth. It is just unbelievable.”

Another year will pass before the couple can finally be married after a relationship spanning over two decades.

A Home Office spokesman refused to confirm whether the hotel was being used to house asylum seekers but added: “The number of people arriving in the UK who require accommodation has reached record levels and has put our asylum system under incredible strain.

“The use of hotels is a short-term solution and we are working hard with local authorities to find appropriate accommodation.”