BORIS Johnson has said that Russia would be “crazy” to fire nukes at Ukraine in his first broadcast interview since quitting as Prime Minister.

Mr Johnson told Sky News this evening that the backlash would be huge, especially from the few remaining friends Mad Vlad Putin still has.

And he added that Russian nukes would trigger a “hysterical” reaction from his own people.

Th ex-PM said: “It would immediately tender Russia’s resignation from the club of civilised nations.

“The current economic punishment that the West has been able to dish out would be massively intensified.”

Mr Johnson said Russian would be thrown into a “cryogenic economic freeze”.

And countries that previously gave Putin the “benefit of the doubt” wouldn’t anymore.

“He would crucially lose the patronage of the Chinese and above all in his own country I think he would trigger absolutely hysterical reaction,” BoJo said. 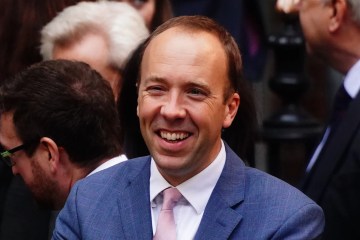 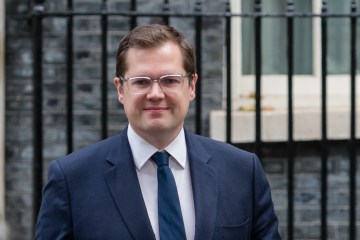 BoJo said he was “was invited by the Egyptians”.

His attendance will heap pressure on Rishi Sunak to go too.

Currently it’s up in the air whether the new PM will attend.

Initially he said he wouldn’t due to number of domestic issues that need solving.

Alongside Boris, Putin has been warned of “severe consequences” should the Kremlin resort to nuclear warfare by James Cleverly.

Yesterday the Foreign Secretary issued a stark warning to the Russian madman, saying: “No other country is talking about nuclear use. No country is threatening Russia or President Putin.

“He should be clear that for the UK and our allies, any use at all of nuclear weapons would fundamentally change the nature of this conflict. There would be severe consequences for Russia.”

Earlier this week, Mad Vlad was appearing on Russian state TV when he seemed to crack a joke about nuclear war.

The twisted tyrant was speaking at the Valdai Discussion Club, a Moscow-based think tank with strong ties to the Kremlin.

He was asked about the possibility of nuclear war, in the wake of escalating tensions between Russia and the West over the war in Ukraine.

In a short clip shared online, interviewer Fyodor Lukyanov says to Putin: “We became a little nervous recalling your comments at this very event four years ago that ‘we’ll all end up in paradise’. We’re not in a hurry, are we?”

The Russian president remained silent and looked away for a chilling 10-second pause.

Eventually, the interviewer broke the tension by saying: “You’re thinking. That in itself is somehow alarming.”

Putin then attempted to make a sick joke about nuclear war, smirking at the audience before adding: “I did that on purpose to alarm you.”

He then chuckled to himself while the host and audience laughed nervously.

Elon Musk removed all directors from the Twitter board, taking the reins into his own hands