WE know “difficult decisions” lie ahead to plug the £50billion hole in the finances. But Chancellor Jeremy Hunt must rule out a suicidal increase in fuel duty.

Those crippling extra costs have ­turbo-charged inflation and caused hardship for families and firms.

Every penny more that hauliers have to pay translates into higher prices.

To tackle inflation and keep our economy functioning it is vital to ease that burden, not worsen it.

Mr Hunt must maintain the most recent 5p duty cut and extend it beyond next March. 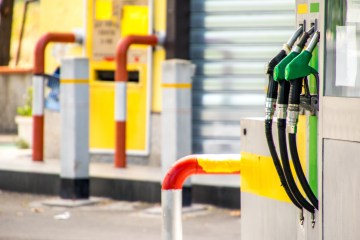 The Sun’s Keep It Down campaign, successful for so long, has never been more necessary.

Meanwhile look at the obscene profits raked in by BP and Shell off the back of Russia’s war.

Both oil giants are already subject to a windfall tax — but can swerve it by sinking more cash into investment. That loophole must now change.

Given the state of our finances, the case for seizing a chunk of those undeserved war profits is overwhelming.

Some decisions will indeed be difficult for the Chancellor. That one is not.

Germany’s Kaiser Wilhelm II first coined the term. He wanted his troops as feared as the Huns, brutal conquerors of the ancient world. Allied soldiers then adopted it during both world wars.

When our National Archives make their pseudo-apology for Churchill’s use of the term 81 years ago, who exactly are they warning? Snowflakes capable of taking offence at our then PM’s robust language even as a world war raged?

Or do they fear their readers, inspired by him, might begin marching around calling modern Germans “The Hun”?

That’s an audience of none.

As with most knee-jerk wokery, it is both witless and pointless.

VOTERS in West Suffolk may be fed up as their MP abandons them for weeks. But we can’t help looking on the bright side.

What could add more to the gaiety of the nation in the dark winter months than Matt Hancock being covered in cockroaches and forced to eat bugs?

Plus, we suspect he’ll excel at it.

He has thrived before in a fetid jungle of snakes, rats, toads and worms.

Indeed he rose through those ranks to become Health Secretary.