COME the weekend, many people enjoy splashing out on their favourite takeaway, from pizza to kebabs.

But one foodie has shared how you don’t have to pay over the odds to create one of the kebab shop’s most popular dishes.

Instead, TikTok user Ollie Eats has shown his simple and quick technique for making a Doner kebab from the comfort of his own kitchen.

What’s more, it only costs £3.50 from Iceland, but tastes just as good as the real thing – and can all be done in minutes in the air fryer.

Ollie, whose profile can be found at @ollie_eats, uploaded a video to his 419,000 plus TikTok followers.

In it, he revealed he’d been to his local Iceland store to pick up their much-talked about frozen doner kebab meat, which costs just £3.50. 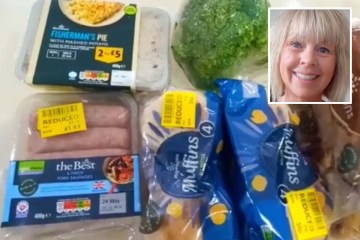 I used a budget Morrisons hack, I ended up with a two-course meal for 65p a head 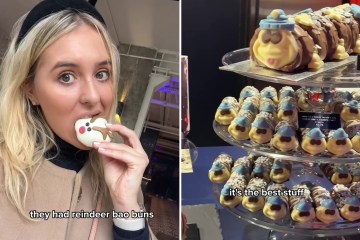 I’m a foodie, what to look out for at M&S this Christmas

Ollie said: “Trying frozen doner meat from Iceland so that you don’t have to.”

He then lifted the lid on the technique, as he continued: “I whacked it in the air fryer for around 8 minutes and got my pitta ready.

“I went for your standard garlic mayo and sweet chilli sauce.”

After he put the meat inside of the pitta and added his chosen salad, including some pickled chillies, Ollie was ready to deliver his verdict – and it was a big hit.

Room in a room

He said: “I’d love to slam this for you, but I can’t – it tastes really, really good.

“Pretty much identical to what you’re going to get in your standard kebab shops.”

Ollie then wrote alongside the video, which has been liked almost 300,000 times: “So in the search for creating the ultimate kebab at home you have to search high and wide.

“Now out of the bag it doesn’t look great, but once cooked, it’s actually really good.”

Dogs love listening to reggae because it helps them chill out, tests reveal