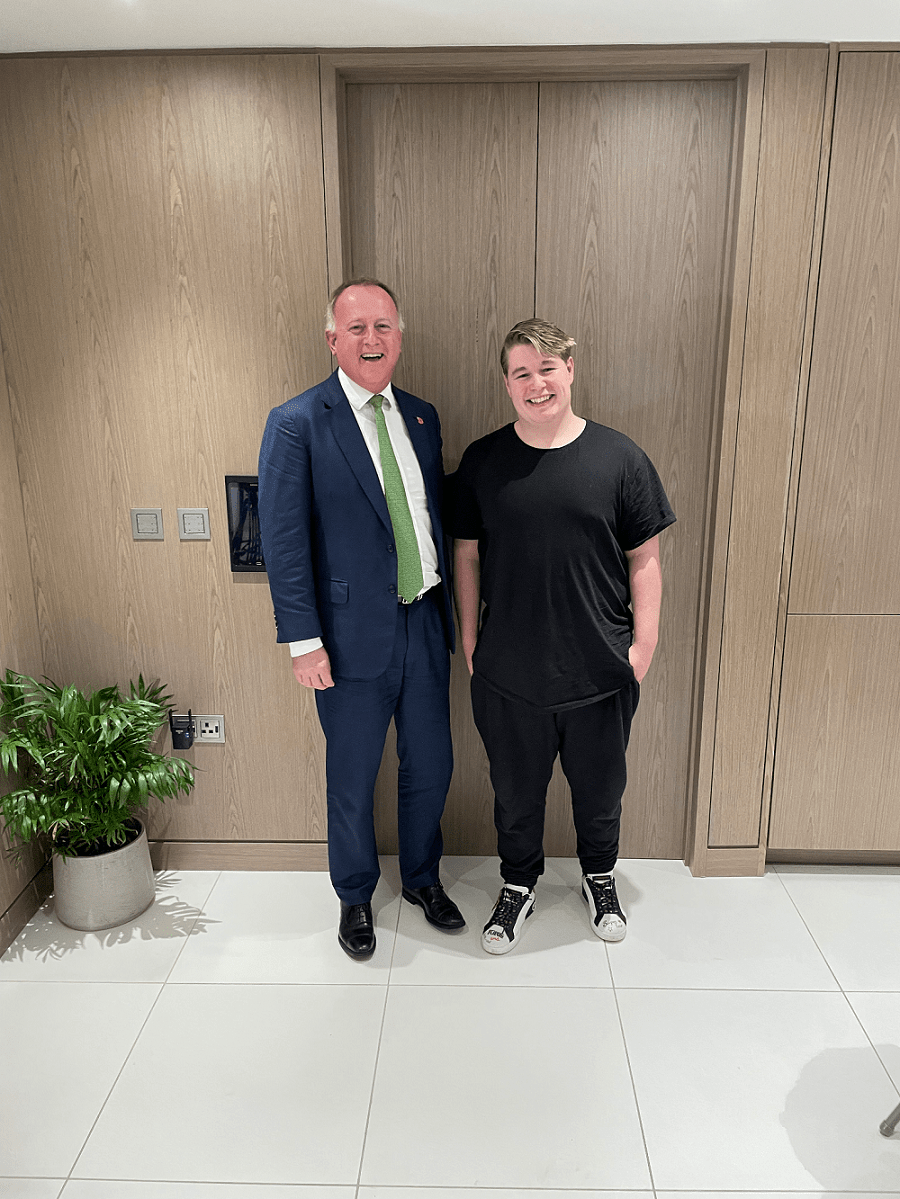 On the latest spotlight of ‘My Duvet Flip’, host Jack Parsons is joined by John Neal, CEO of Lloyd’s of London, as they discuss what has helped John along his career journey.

Jack Parsons, host of ‘My Duvet Flip’, is CEO of Youth Group, Ambassador to the Big Issue and Advisory Board Member to the Co-op. Every week, a superstar guest from the business world sits down with Jack in his London home to talk all about what they have learned from their vast experiences in the working world. This is all with the aim of inspiring young people to kick start their own careers.

John Neal is a hugely successful leader in the insurance industry, having previously held the position of Group CEO of the global insurer QBE, before moving onto his current role as CEO at Lloyd’s of London.

After the episode, Jack commented ‘It was so good to meet such an authentic leader in John today. He is a true real model for young people, leading with kindness and sparking meaningful change at Lloyd’s and in the insurance industry as a whole’.

This is the 8th spotlight in the second season of ‘My Duvet Flip’, with new spotlights being live streamed every Thursday and Friday at 12pm on platforms such as YouTube, LinkedIn and Twitter. So far, the series has featured superstar guests like the Lord Mayor of London and Alison Kay, Managing Director for Client Service at EY, garnering over 100,000 views on YouTube alone.

Keep an eye out on Jack Parsons’ LinkedIn, YouTube, Twitter and TikTok for more inspiring ‘My Duvet Flip’ content. Jack and John they touched on the importance of authenticity and how care is so important in the workspace. The world is an uncertain and tricky place right now. Having a purpose and culture is one way of making it that little bit better.

Find the spotlight on Jack’s LinkedIn, YouTube and Twitter to hear John speak about the importance of confidence in young people, as well as doing your homework and putting your hand up to ask questions.