NEW ZEALAND showed they were not so black and blue after being beaten by Ireland in the summer – as Wales failed to lay a glove on the visitors.

The shocking Welsh record of having not beaten the All Blacks will now stretch into seven decades – and don’t be surprised if it reaches eight.

Rio Dyer, making his debut, scored a try for Wales and was a rare bright spark[/caption]

Wales‘ lack of belief, quality or initiative, against the same opposition, every time they play them beggars belief.

Queen Elizabeth II was months into her reign in 1953 when the Welsh last claimed victory in this fixture, now King Charles is on the throne, not much has changed.

New Zealand seem to force the men in red to make the same mistakes time and time again – but with a large dose of quality – especially from Ardie Savea, Aaron Smith, Codie Taylor and the Barrett brothers.

Wales made a pretty torrid start to the match – with plenty of penalties going against them. 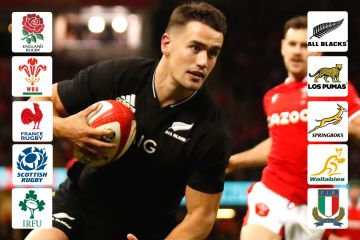 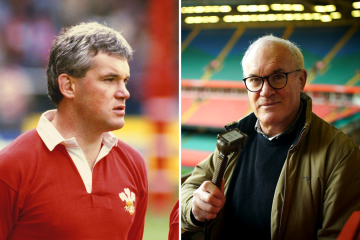 Who was rugby commentator Eddie Butler?

New Zealand’s third came about from another Wales blunder, Taulupe Faletau reached in at a ruck illegally and the All Blacks just hammered back up the pitch and Mo’unga found himself under the posts with an advantage.

One cross-field kick later from the All Black No10 and Brad Barrett out-jumped new boy Rio Dyer and simply needed to land in order to score.

The All Blacks’ fourth and fifth tries were the result of Wales switching off around their own 22.

That and a combination of Aaron Smith’s quick thinking and even quicker turn of movement.

His second try was a side-step Welsh wing icon Shane Williams would have been proud of.

Judging on his quality, it won’t be the Dragons’ man’s last score on this pitch.

Justin Tipuric got the hosts back into a contest after the big man latched on to a ball tipped backwards by New Zealand’s fly half Richie Mo’unga.

That merely sparked the All Blacks into top gear again though, with a flurry of late tries after Wales looked to have given up.


All the team news, TV and streaming info as Red Rose take on Pumas


Who was rugby commentator Eddie Butler?


What channel is autumn internationals rugby on and can I live stream it?

Before the match started, the stadium played a moving tribute to the late Wales legend Phil Bennett and former skipper and BBC commentator Eddie Butler.

It was a classy gesture from two class acts of the Welsh game – it was a pity the team could not do them justice on the pitch.