BRITS have been warned of “life-threatening” floods as heavy rain lashed down overnight and caused havoc on the roads.

Wet and windy weather has been battering the nation this week with commuters now braced for further disruption.

Motorists woke up to flooded roads this morning in York[/caption]

The Met Office have put yellow rain warnings in place until 6pm on Friday across the east of Scotland and the north-east of England.

And there is an amber rain warning for the north-east of Scotland from the early hours until 3pm.

The weather service amber warning states: “Heavy and persistent rain likely to cause flooding and disruption.”

“Homes and businesses are likely to be flooded, causing damage to some buildings. Some fast flowing or deep floodwater is likely, causing danger to life.” 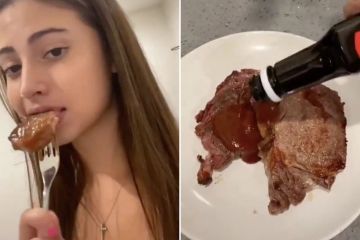 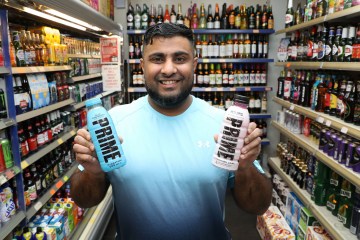 The weather service also warned of transport disruption, roads being deluged with water and communities being temporarily cut off due to the extraordinary rainfall.

Three inches of rain is forecast for some areas by the weekend, with storms and severe floods battering the country.

“With this kind of rainfall, we are expecting some flooding,” he said. “We have very strong onshore winds and very large waves.


'Real challenges' ahead as living standards fall – but 'there's hope'

“There may be some disruption to transport, including ferries and the road network.”

Temperatures, meanwhile, would be more typical for this time of year, hovering around 9C to 11C.

And England fans could expect unsettled weather during the team’s first World Cup match against Iran on Monday.

“There is more uncertainty than usual after Sunday,” Mr Morgan said.

“It will probably be pretty unsettled, with some rain at times and possibly quite windy as well.”

It brings a damp end to the working week for Brits, before snow is set to hit in a matter of days.

He explained: “The chances of being involved in a collision rise dramatically in wet weather, and even more so if there’s snow, so it’s vital drivers slow down, leave plenty of space behind the vehicle in front and use their lights to make sure they’re easily seen by other road users.

“The risk of aquaplaning where a vehicle’s wheels lose contact with the road as they skim across standing water will be high, particularly for those who don’t slow down to appropriate speeds for the conditions.”

TWO men were knifed to death and a third seriously injured in an alleged pub row over a girl. Police were scrambled to Houghton Regis, Bedfordshire, in the early hours of...