SHOPPERS are set to be urged by the Government to take a Covid test before going on Christmas shopping trips.

It would be the first time the public has been advised to take a rapid lateral flow test before going to high-risk settings and is said to be part of measures to prevent a fourth wave.

Previous Government advice has focused on taking two tests a week, or before meeting someone who might be vulnerable to the virus.

But the i Newspaper reports changes to Cabinet Office guidance could include people being recommended to take tests before they go shopping this winter.

Guidance could include people taking a lateral flow test before they go Christmas shopping, particularly to busy stores and shopping centres.

Previous advice included people taking a test after visiting a high-risk place rather than before.

Other advice includes a new warning about busy indoor places, with limited fresh air, which are places that carry a higher risk of the virus spreading.

It states: “You may wish to take a rapid lateral flow test if it is expected that there will be a period of high risk that day.

“This includes spending time in crowded and enclosed spaces, or before visiting people who are at higher risk of severe illness if they get Covid-19.”

The new advice is being introduced as the Government tries to avoid a Plan B measures.

The restrictions listed under Plan B are introducing mandatory Covid passports, making face coverings compulsory again and advising people to work from home.

Triggers could include hospitalisations, rapid rates of change in figures plus signs the NHS is not coping.

It comes as Europe is ramping up investigations into new Covid variants as cases across the continent surge.

A number of European countries have already slapped lockdown-style restrictions onto citizens as the Christmas period approaches.

The new Covid wave sweeping the continent could potentially be the result of a more stealthy strain of the coronavirus, experts say.

But the pressure of evolution on the virus – from new cases and vaccinations – may also force a new strain to emerge.

Called “selection pressure”, it happens when increasing immunity in the population favours a new variant that can escape the body’s defences.

Countries in Europe are ramping up virus sequencing efforts to address the risk, Dr Andrea Ammon, director of the European Centre for Disease Prevention and Control (ECDC) said.

Asked if she is worried about a new variant emerging, Dr Ammon told BBC One’s Andrew Marr Show: “With the high transmission ongoing right now, there is always the risk of a new variant, yes.

“So we are really monitoring very closely, we are supporting the countries in ramping up their sequencing efforts to make sure that if there is a variant, that it’s detected very early.”

A further 44,917 people tested positive for Covid-19 today – a 23 per cent increase compared to this day last month. 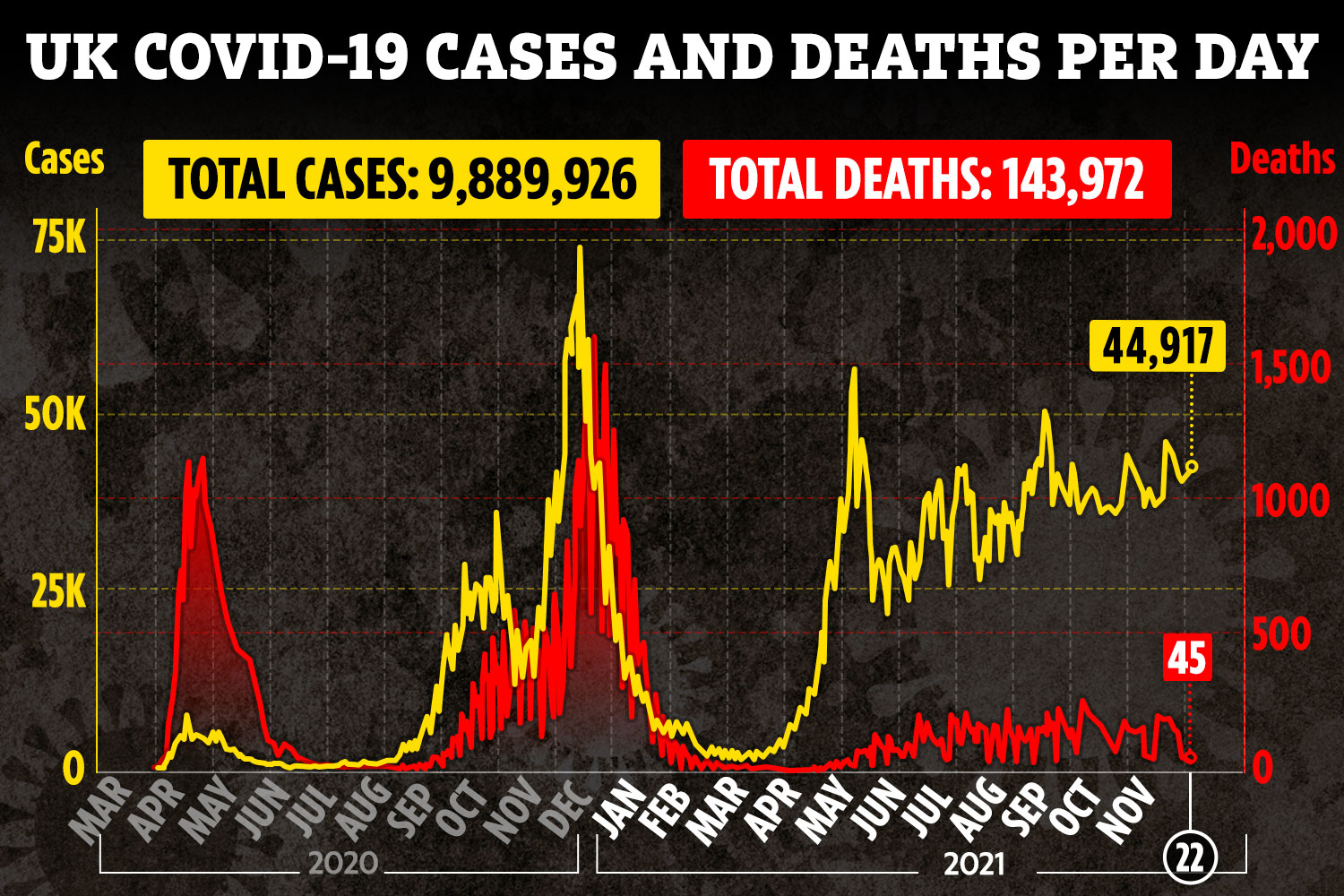 A YOUNG man has opened up about how he was diagnosed with an incurable cancer after noticing something odd when he was drunk. Phil Dobson, 26, said he was battling to...

AN unborn baby’s life was saved when his mum had a breakfast of jam on toast. Robyn Banson-Noond’s blood sugar levels spiked after she ate the high-sugar meal, worrying doctors at...

THIS is UK Government advice relating to England only The season of sneezes and sniffles is upon us. But this year, as well as bringing the so-called “super cold”, the onset...

RISHI Sunak has summoned NHS chiefs for crisis talks today amid the worst ever waits for ambulance patients to be handed to A&E. The PM called a rare Saturday summit to...

THIS is how to tell whether you’re dehydrated or not amid fears millions of Brits aren’t drinking enough water. On average, a person only drinks about four glasses of water a...

How much do junior doctors earn? UK salary explained

JUNIOR doctors are set to vote on whether or not they should take strike action in a dispute over pay. But how much do junior doctors earn and how can you...

Anjali Kulthe, the nurse who saved 20 pregnant women in the 26/11 Mumbai attacks