Who wants to be treated by overworked, underpaid and unhappy NHS staff?

THE winter of discontent has come full circle with the first round of nurse and ambulance strikes.

A recent YouGov poll found 66 per cent of the public support the nurses’ walkout and 63 per cent back the ambulance workers.

Nobody wants to be treated by overworked, underpaid and unhappy NHS staff[/caption]

In contrast, rail workers enjoy just 43 per cent support for striking, and Transport for London staff only 36 per cent.

Could this mean our nurses would have preferred a reasonable pay rise over our politicians’ fawning and the public clapping like seals? Surely not.

While there is an argument to be had about whether it should be illegal for emergency service workers to strike, clearly we are too far gone.

But the NHS has turned from a once-loved public asset to a liability.

Few would deny that the recent strikes are a culmination of decades of NHS mismanagement and poor planning.

Even for swathes of the country where people hoped that taking back control of our borders — which we still await with bated breath — would reduce the pressure on our public health system, this is yet to have materialised.

The reality is that discontent with the NHS is being felt acutely all around, from medical professionals to actual patients.

For too long, quality patient care has taken a back seat because politicians are happy to worship at the feet of the creaking NHS rather than facing certain realities head-on.

NHS wait times are the highest they have ever been, with almost three million people waiting for more than 18 weeks to receive treatment.

A recent revelation that will shock absolutely no one is that NHS waiting lists have reached a record high of almost 7.21million people.

Is this what Britons deserve?

To be treated by unhappy, overworked and underpaid staff who have been driven to the point of desperation with their strike action?

Do we deserve to wait weeks for lifesaving treatment “free at the point of need”?

When you need it, it’s nowhere to be found.

I have spoken to elderly people who are so concerned with NHS wait times and their inability to see a GP that they have all but given up.

Are we happy to force sub-optimal healthcare on to the public because everyone gets to have a slice of that mediocre pie?

Even Shadow Health Secretary Wes Streeting, an otherwise unlikely voice of reason, has realised that the NHS is not in fact the “envy of the world”.

How could it be? Where else is our public healthcare model emulated around the world?

Which other country is unreasonable enough to keep this maddening socialist experiment alive against all the odds?

Even when net immigration is topping half a million a year and NHS spending has never been higher.

The nightmare we are facing isn’t unique to England and Wales either.

Earlier this week, nurses in Scotland voted overwhelmingly to reject an NHS pay offer, with strike action set to begin in the New Year.

Alongside the myriad other problems this country is facing, not least the soaring cost of living, this will deal another blow to the Government.

Will the NHS strikes be the final push we need to have an honest, common-sense conversation about the NHS’s future? I desperately hope so.

The entire operation is unsustainable. We are at a crossroads.

It is either reform the NHS or lose more lives at the hands of incompetent politicians and fed-up medical workers.

I MAY still be recovering from France’s inability to keep smug Lionel Messi and the Argentines from lifting the World Cup.

Despite a valiant effort from the likes of France’s Kylian Mbappe it was simply not to be for Les Bleus.

Nonetheless, despite all the moaning, groaning, and virtue-signalling, Qatar hosted an excellent World Cup.

Could this have had something to do with the Qataris’ restriction on alcohol? Perhaps.

But the bigger takeaway is that Qatar stood firm – undeterred by virtue-signalling celebrities who were happy to take millions from Qatari state broadcasters then complain about Qatar’s human rights record.

Qatar ran a well-oiled machine that kept out as much political intrusion as possible, barring the odd rainbow flag and pitch runner.

England should take a cue from this – less complaining, more action.

Lady Hussey deserved more respect than she was given[/caption]

WE should all hang our heads in shame at how Lady Hussey was treated. As a Brit, I am deeply embarrassed.

It has been revealed the Queen’s former lady-in-waiting is a member of a church with a “90 per cent black congregation”, many of Nigerian or Ghanaian descent.

Her congregation, like me, were equally irate at the fact her curiosity had her labelled racist and ruthlessly dismissed by the Royal Family.

After six decades of service to the Palace, she wasn’t even given the courtesy of a full investigation when she faced claims of racism.

If people like myself and Lady Hussey’s congregation hadn’t spoken up, she would have been eternally condemned without a chance to defend herself.

Sad as this is, it is also unsurprising. We have let our country become so neutered by race-baiting and divisive politics that a simple allegation of wrongdoing is all it takes to be nationally humiliated.

What happened to innocent until proven guilty? Or even basic justice?

Not in the era of pronouns and critical race theory.

There was once a time when Britain respected its elders.

In this era of cancel culture, I fear that is all but lost. 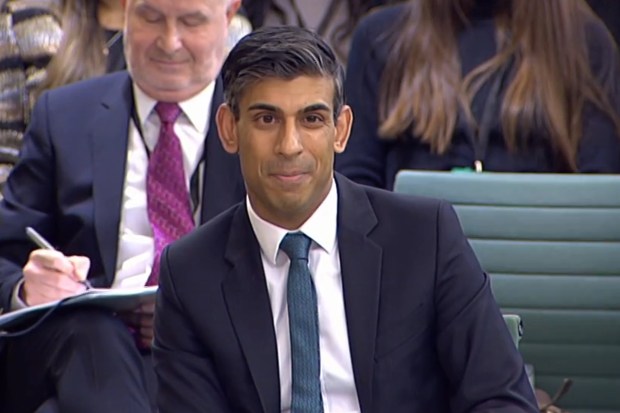 THIS week Rishi Sunak backed the High Court ruling that the Rwanda policy was lawful.

Recent statements and initiatives by the PM, and Home Secretary Suella Braverman, make it clear the Government has a holy trinity plan to tackle illegal immigration.

The Tories seem to be trying to cover all bases.

Deeper cooperation with the French and Belgians to tackle boat crossings, reviving the shaky plan to fly out excess migrants for “processing”, and opening “safe and legal” routes for asylum seekers.

I suspect the latter will be a measly stall at the port of Calais resembling a chicken coop.

Like everyone else, I await the Government’s plan to expand these safe routes.

At the very least, I hope it will filter between economic migrants and genuine asylum seekers.

WE need a good dose of masculinity to carve up our roasts this Christmas.

Every year, we hear horror stories from women about how draining it is to plan for the festivities.

Enough is enough. It’s time to hear about the contributions that men make.

From carving the roast to mowing the lawn, taking out the bins and even checking the blinking lights on the in-law’s car dashboard, men do plenty during the holiday season.

Gone are the days of them just drinking beer while watching football.

Years of unintelligible screeching from feminists have led to an equitable distribution of tasks, with men doing their fair share in the home.

Let’s think about that next time the hubby is stopping the in-law’s children from discolouring walls around the house or keeping everyone else up at night.