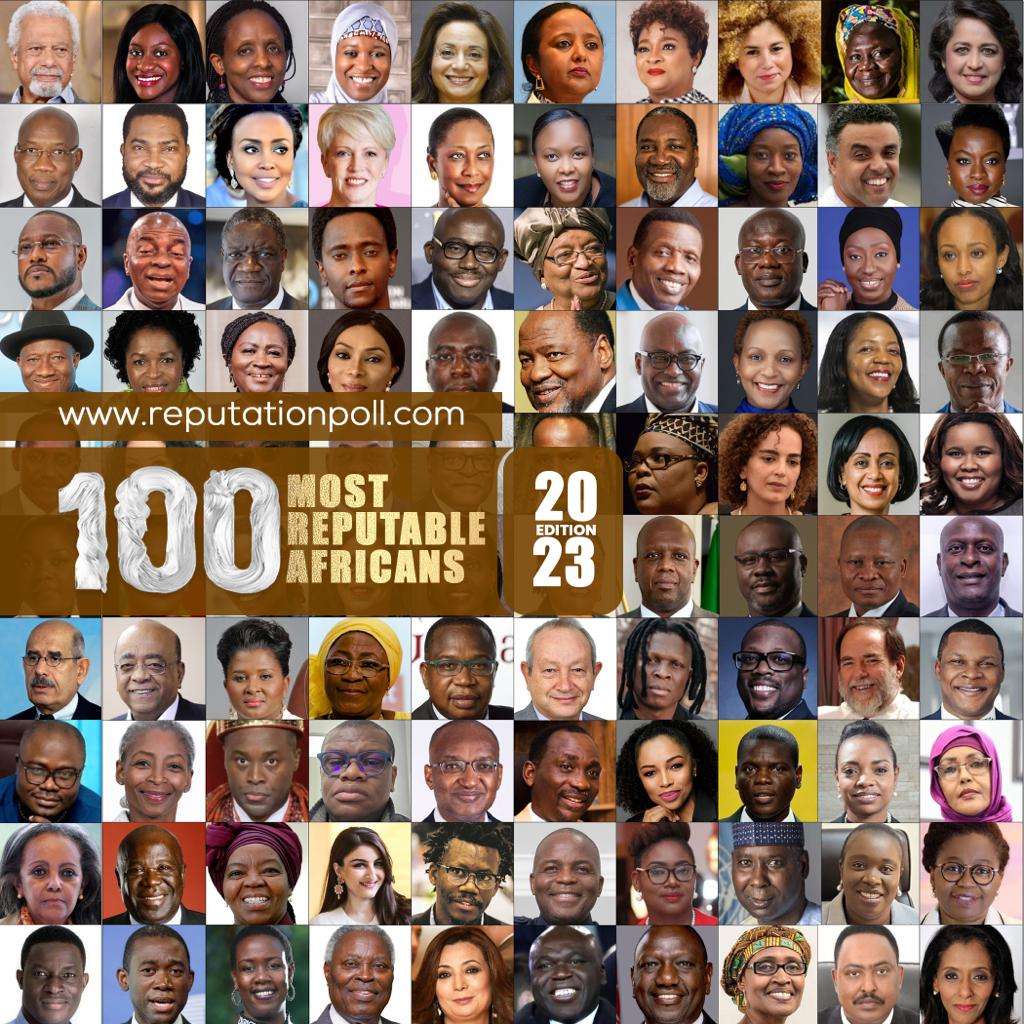 Reputation Poll International (RPI), a leading global reputation firm, has released the 2023 list of 100 Most Reputable Africans. The list features individuals from diverse sectors including; Governance/Leadership, Entertainment, Human rights/Advocacy, Education, and Business. The selection criteria are Integrity, Visibility, and Impact.

Very prominent personalities featured on the list include Kenya’s Amina Chawahir Mohamed, South Africa’s Bonang Mohale, Chancellor at the University of the Free State and Professor at Johannesburg Business School; and Cameroon’s Njoya Tiku, Manager of the UNDP Regional Office in West and Central Africa.

In addition to the individuals recognized on Reputation Poll International’s “100 Most Reputable Africans” list for their various achievements, there are also those who are celebrated for their contributions to social impact and social entrepreneurship, helping to transform businesses in Africa and positively impacting lives without causing controversy. During the announcement of the list, Ms. Beldina Auma, the Co-Chairperson of the Review and Audit Committee, as well as the Chair Emeritus of the World Bank Group-IMF African Society, President of SCIP-International, said the organisation is dedicated to recognizing people, groups, and businesses who continually improve lives in Africa and around the world.

Below is the list of the 100 Most Reputable people in Africa.