Good Reasons to Use Crypto-Currency Like Bitcoin and SafeBLAST

by Chandler
0
0
SHARES
Share on FacebookShare on TwitterShare on Reddit
Bitcoin is a comparatively new type of currency that has just started to strike the mainstream markets.
Quick payments:
When payments are made via a bank, the process takes several days. Similarly, when money is transferred using a wire transfer, the transfer takes some time as well. A virtual currency such as Bitcoin and SafeBLAST, on the other hand, generally has a faster transaction process.
It is instantaneous, that is, the merchant accepts the risk of “zero-confirmation” transactions, which are not yet approved by Bitcoin blockchain. In the event that the merchant requires an approval, then the transaction will take 10 minutes to complete. As a result, this is much more rapid than any interbank transfer.
Inexpensive – The transaction of using a credit card or debit card is instant, however the usage of such a service costs you. Generally, there are minimal fees associated with Bitcoin transactions, and there are even situations when there are no fees.
No one can take it away – Bitcoins are decentralized, so no central authority can take a percentage of your deposits.
No chargeback – Bitcoins are gone as soon as they’re traded. Without the recipient’s consent, you cannot reclaim them. Due to this, it becomes harder for people to commit chargeback fraud, which is often experienced by those who have credit cards.
When people buy goods, they contact their credit card company to make a chargeback, effectively reversing the transaction. Your credit card company does it and charges you a chargeback fee ranging from $5 to $15.
Safe personal details – Online payments can lead to the theft of credit card information. Bitcoin transactions do not require any personal information. A transaction can only be completed when your private key and the Bitcoin key are combined.
The only thing that needs to be done is to make sure that your private key cannot be accessed by anyone else.
Whenever the economy sputters, the Federal Reserve prints more dollars. Inflation is caused by the government injecting the newly created money into the economy, which decreases the value of the currency. The rise in prices of goods decreases people’s ability to buy things.
There is a limited supply of bitcoins. When 21 million bitcoins are mined, the system stops mining. Thus, inflation will not be an issue, but deflation will occur, in which prices of goods will fall.
Semi- anonymous operations – Bitcoin is relatively private, but transparent. The Bitcoin address is revealed at the block-chain. Everyone can look in your wallet, but your name will be invisible.
Easy micro-payments – Bitcoins allows you to make micropayments like 22 cents for free.
Substitute of fiat currencies – Bitcoins are good option to hold national currencies experiencing capital controls, and high inflation.
Bitcoins are getting legitimate – Major institutions like the Bank of England and Fed have decided to take Bitcoins for trading. More and more outlets like Reditt, Pizza chains, WordPress, Baidu, and many other small businesses are now accepting Bitcoin payments. Many binary trading and Forex brokers also allow you to trade with the Bitcoins. Bitcoin is the pioneer of new crypto-currency era, the technology that gives you a peek into future currency. 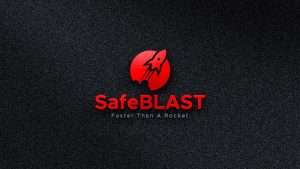 Due to its open source nature, ETH contributes to collaborating projects of various industries and firms, thereby increasing their utility. In contrast to Bit-coins, which are used to exchange money in a digital network, ETHs can be used for multiple purposes besides financial transactions, and they don’t require permission from governments, which means people can use them on their mobile devices. As the exchanges are primarily software based, Ether’s price has remained stable and it avoids the disturbance of any third party intermediary such as lawyers or notaries, making it the second best cryptocurrency to invest in right now.
SafeBLAST (BLAST) is both a UTILITY and a DEFLATIONARY token. In addition to online and vending 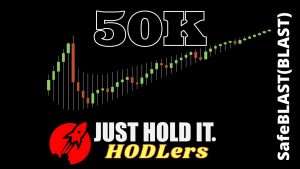 machine purchases, BLAST can be used in retail stores and vending machines. SafeBLAST is a deflationary token that generates yield and liquidity autonomously. Each time someone buys or sells BLAST tokens, the total supply decreases. All token holders on the chain are passively rewarded with every transaction. Additionally, liquidity is generated automatically to support the floor price. Supply and demand will play a major role on the floor price increase as circulating supply becomes limited, which benefits BLAST holders.
Every transaction you make with SafeBLAST will automatically reward you with rewards. There is no need to farm, stake or fill out claim forms.
SafeBLAST charges a 10% fee for every transaction. This is divided into two parts REWARDS and LIQUIDITY. REWARDS is a 5% transaction fee that is distributed in a percentage to every wallet that holds 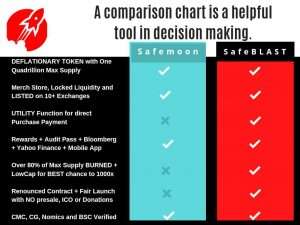 SafeBLAST. You will receive more rewards if you hold more SafeBLAST. The “DEAD” (burn) wallet receives the most percentage of the burn. The second part is LP GENERATION, which is also referred to as Liquidity. Part of the transaction fee is deposited back into the PancakeSwap liquidity pool, which is also locked for 5 years (2026).

HearingNow announced today it will start accepting patients in its 3rd branch in Brixton from 20th May 2022. The opening of a new audiology clinic in Brixton will provide the opportunity to...