A WOMAN who fell on to a live Tube track was saved from death by her boots.

Tegan Badham suffered burns to her back, legs and arms after tripping on to the rails.

Tegan suffered burns to her back, legs and arms after tripping on to the rails[/caption]

With a train seconds away, a mystery hero reached down to pull 8st hospital cleaner Tegan to safety from the 630-volt line.[/caption]

But as the 21-year-old lay stunned on the track, her thick rubber soles were in contact with the live rail and acted as insulation from a fatal electric shock.

With a train seconds away, a mystery hero reached down to pull the 8st hospital cleaner to safety from the 630-volt line. 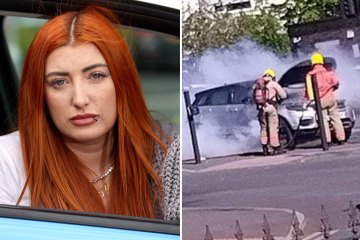 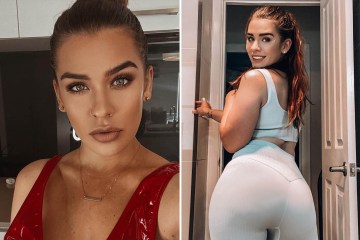 I nearly died after having SEX triggered my terrifying nut allergy

She said: “I was in agony, I could smell my own flesh burning and my brand new dress shrivelled up from the electricity.

“Even my hair extensions were fried.

“It all happened so fast but a man grabbed hold of my arms and pulled me up. I just have to find him, he saved my life.

“I was too shocked to thank him and he was catching the train that came into the station.


Love Island fans all have same complaint about Paige


Love Island fans convinced ANOTHER islander has quit after he ‘disappears’

FIT FOR A KING

“I was so lucky that he bravely reached down to me, without him I would be dead now.”

Tegan added: “He had light brown, blonde hair and was maybe in his 30s. He didn’t want to leave me but his friends were telling him to get on the train.”

Music fan Tegan was on her first trip to London with pal Hannah Smith, 21, to attend the Wireless Festival in Finsbury Park.

She added: “The paramedics couldn’t believe I’d survived — one of them said, ‘We thought we were picking up a body’.”

Tegan was taken to St Thomas’s Hospital in Westminster and checked over.

Doctors later allowed her home to be treated at a local hospital.

She said: “It’s amazing but my boots escaped without a scratch. I thought they’d be scorched.

“I had two drinks on the train up to London but I was stone-cold sober, I don’t know why I fell.

“My mobile phone, sunglasses and other bits and bobs were scattered over the line. I’m hoping to get them back.”

Tegan is now recovering at home with mum Louise, 53, and dad Mostyn, 74.

A Transport for London spokesman said: “We are sorry to hear that a customer sustained injuries after a fall on to the Victoria Line track and would like to thank those who helped her. We wish her a full and quick recovery.”