The Forsyth’s were the latest contributors in BBC One’s Eat Well For Less? – the series which helps families up and down the country overhaul their eating habits to save cash.

They told hosts Chris Bavin and Jordan Banjo that mealtime sparked mayhem in their home in Bath due to their various different dietary requirements.

Mum Helen is a vegan, dad Richard is a meat eater, while their children – Eddie, 13, Elsa, ten – are both vegetarians.

Therefore, they never sat around the table to enjoy dinner together, and Richard, who works from home, ended up cooking different meals for everyone – admitting it was “chaos” as he relied on beige convenience food from the freezer.

Meanwhile, everyone was snacking on things such as crisps and Helen’s addiction – peanut butter – rather than eating a well-balanced, nutritional meal. 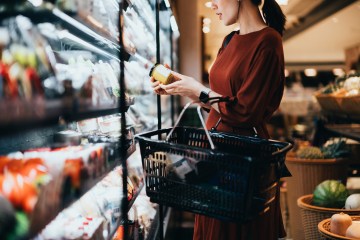 I’m a food expert, 4 swaps to slash your food bill, some even cut it in half 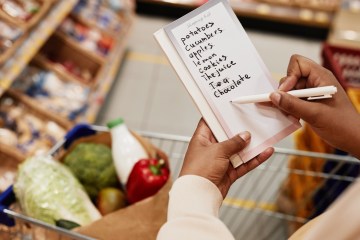 I’m a chef, what to add to your food shop that will slash your bill

Aware of how much they were spending, plus feeling guilty about not eating together, Helen and Richard turned to the show – and quickly discovered that their shopping habits had spiralled out of control.

Not to mention the fact they were making 21 meals a week for just four of them, and doing one big shop per month, but then multiple “top-up” shops.

Presenter Jordan told them: “For your big shop, weekly you’re spending around £125. But then you have to include the top-up shops, which brings you to a grand total of £230 a week – which is well over double the national average.”

After the shocked couple said they were up for the challenge, the programme set out to help them slash their supermarket shopping bills, plus help them make healthier choices that they could all enjoy.

Luckily, the hosts and experts were there every step of the way of the week to make sure they made better choices.

They took it in turns to blind taste test each swap and see which ones they’d implement into their life, and those that didn’t quite make the cut.

Those that they said tasted just as good – if not better – included swapping branded bagels for a cheaper substitute that included double the fibre, which saved them £60 annually.

Additional items swapped out were cereal bars, which saved them £120 a year, and vegan cheese, (£70 a year). And, of course, Helen’s peanut butter, which, when swapped over, saved them £60 a year and is palm-oil free and includes ninety per cent less salt.

Other tweaks that the Eat Well for Less? team made were stopping them from buying freezer food so that they could concentrate on going back to basics and making one dish that all the family would like, despite their different dietary needs.

They also encouraged Richard and Helen to use their slow cooker to organise meals so they could prepare in advance and meal plan so they only bought what they need.

Meals that got the thumbs up included a vegan chorizo paella, butterbean burgers and peanut noodles.

These small tweaks ended up going a long way, as at the end of the experiment, they had managed to save big bucks.

Meeting up with the family again, Chris and Jordan delivered the good news, as they revealed the changes they’d made to their shopping list.

The presenting pair told them: “If you continue with the swaps and the tips and tricks, you will save around £115 a week.

Helen described it as “mind-blowing”, while Richard said “a few tweaks gives you a massive lifestyle change.”

Eat Well For Less? is available to watch on BBCiPlayer now

The family of four tried out lots of simple swaps[/caption]

YOUR pick of selection box chocs could reveal more about you than you think. Quality Street lovers were dismayed when Nestlé confirmed the popular Green Triangle and Orange Crunch will not...

To go to Canada, up to 16 experts will get express entry