A MUM was left furious after her son’s school said he must attend even if he has a serious illness and threatened to report her.

An email from the school reportedly claims that parents should send in children even if they are suffering from tonsillitis or glandular fever.

Glandular fever and tonsillitis were some illnesses mentioned[/caption]

Gem, posting on Twitter, uploaded an image with the caption: “Absolutely disgusted to receive this in an email from my son’s school after he had a couple of days off sick.”

The shocking email is titled “when should your child stay at home?” and is followed by a number of explanations.

It reads: “When assessing whether to send your child to school or not, consider whether an adult would take a day off from work in a similar situation.

“For sickness or diarrhoea, the school’s policy is for a child to be off for 48 hours. 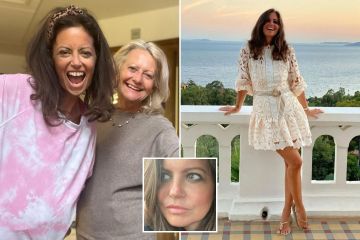 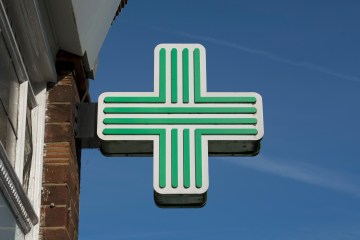 THERE WHEN YOU NEED THEM

“You do not need to keep your child home from school if they have: athlete’s foot, cold sores, glandular fever, head lice, tonsillitis, cold or cough, head aches, sore throat.

“If we believe your child is absent without genuine reason, or they are frequently with illness, we may request medical evidence or discuss the child with the local authority.”

Unsurprisingly, the post cooked up a storm on social media with many pointing out how the advice went against NHS guidelines.

Readers were understandably fuming considering that a number of these conditions are easily contagious not to mention very serious.


Dos and don'ts on drinking alcohol after having the Covid vaccine


How do I cancel or reschedule my Covid vaccine appointment?


Where can I get the Pfizer vaccine near me?

One Twitter user replying to Gem wrote: “Jesus Christ. honestly sending your kid to school with tonsillitis or glandular fever is just… abusive?

“They would have a fever! They’re contagious! They’d feel APPALLING. No work will get done!

“You’re meant to rest when you’re sick! I’d be sending some furious words in response.”

A second posted: “No one should be at school or work with Glandular fever. Also things like coughs, colds, etc can spread infections to other child(ren), same with head lice.”

According to the NHS glandular fever can make you feel very ill and lasts for week.

It is spread through spit, so you can get it through kissing or by sharing cups or cutlery.

Those who have it can be infectious for up to 7 weeks before getting symptoms.

Likewise, being sent to school with tonsillitis is also against NHS advice.

The advice adds that while tonsillitis is not contagious, the infections that cause it – such as colds and flu – are.

Taking into account that someone with tonsillitis would be in a lot of pain and “should get plenty of rest” only makes the school’s advice even more baffling.

While colds and coughs are not the worst thing in the world, they could easily be a sign of far worse infections.

We won £3.2m in postcode lottery – all our neighbours are booking holidays

As for other illnesses on the list, head lice is spread by head-to-head contact and athlete’s foot can easily be spread in a swimming pool.

However, according to the NHS advice students can attend school with these conditions.

SCIENTISTS have successfully grafted human brain cells into rats — a move that could help to better understand conditions such as epilepsy.  Lab-grown nerves were implanted in rats two or three...