Everything you ever wanted to know about Bed Bugs

Everyone has heard of blood sucking bed bugs, today we are going to discuss:

Many people have heard of bedbugs but don’t really know what they are? firstly, bed bugs are very small brown bugs that grow in size to about 3-4mm, when eating blood (human or pet) which is bedbugs staple diet, they can grow another couple of millimeters, they also change color, turning red in the middle and brown on the outsides.

Some people get confused and think that bedbugs are the same as Dust-Mites, this isn’t true and are a completely different species, bedbugs are much bigger than their smaller counterparts, I’ll do another article on dust-mites.

no they can’t, they can’t jump either but they can crawl at a rapid pace.

Where do Bedbugs originate from? 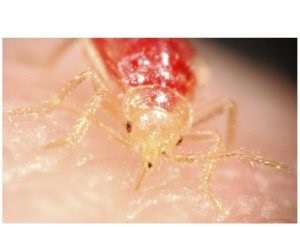 All my research has indicated they originate from Bats in the Middle East, at some point thousands of years ago both Bats and Man shared caves together, Bats and bedbugs are thought to have cohabited together and the first bedbug was called Cimex Adjunctus, thought to have lived under the wings of Bats and actually ate the bats blood. This type of bedbug can be found in rural homes or farmlands where Bats thrive, feeding on live-stock.

As man evolved over the years and upgraded from caves to huts.. the bedbugs followed, this led to another species called Cimex Lectularius  which is widely regarded as the standard bedbug we would expect to have in a normal city home.

Whilst the origins of bedbugs is all conjecture and no-one really knows 100%. As humans first began to travel from one country to another the bedbugs followed, in more modern times the same rule applies…the bedbugs now bunny hop onboard airplanes presumably in the nooks and crannies of suitcases and clothes.

Where are the Bedbugs hiding?

Bedbugs are often found in warm nooks and crannies: