Australia 17 England 21: Eddie Jones’ side make history after coming from behind to beat rivals as Steward stars

MARCUS SMITH hit the Wallabies out of the park at the Sydney Cricket Ground as Eddie Jones’ England sealed a rare series win Down Under.

The Harlequins fly-half scored the game-breaking try on 57 minutes to grab the match by the scruff of the neck and turn Aussie hopes to ashes.

Smith picked up a loose ball in midfield as Australia pressed on halfway and pinned his ears back to dive over.

The 23-year-old had been quiet up to then but showed he has the golden touch when it matters.

That score made it 21-10 to England but the hosts still had a couple of shots to play and replacement hooker Folau Fainga’a made it a nail-biting finish with his score.

But England got home and full-back Freddie Steward should be given the freedom of Leicester after a mind-boggling display in defence and attack.

Most Read in Sport 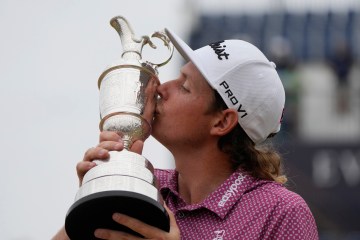 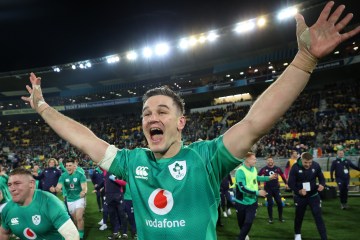 Wing Tommy Freeman, also just 21, showed he is one for the World Cup with a couple of superb breaks and England’s pack with Billy Vunipola on song fronted up.

Boss Jones showed his ruthless side by hooking Danny Care after just 36 minutes after the veteran scrum-half had bungled a couple of kicks.

Last time Jones did that down here to Luther Burrell and Teimana Harrison in 2016 it signalled the end of their international careers and after 87 caps Care’s might be done.

The last time an England team were here at the SCG Jimmy Anderson helped them block out for a draw but Eddie Jones was after more.

But England were the ones on the back foot early when Aussie fly-half Noah Lolesio missed an early penalty and full-back Reece Hodge butchered a two-on-one when a try was odds-on.

England were under the pump with wing Marika Koroibete causing chaos and when he bounced off Guy Porter’s tackle, scrum-half Nic White backed up his chat in the week.

The loudmouth Aussie played was part of a one-two movement that put wing Tom Wright over and he could not resist having a crack at Steward.

A Lolesio penalty made it 10-3 to the hosts after 31 minutes but Farrell pulled it back to a four-point game then Steward crashed over from Van Poortvliet’s pass to make it 11-10 at half-time. How England were leading then, only the rugby gods know.

Another three from Farrell edged England further ahead before Smith left the Aussies trailing in his wake.

Networking tips: Experts reveal how to excel at events