IT’S a matter of time before Just Stop Oil kill someone, a police chief says.

True, but even that won’t trouble these sociopaths.

One man caught up in Monday’s demo missed his father’s funeral.

His final chance to say goodbye, stolen from him by cruel strangers with sickening levels of entitlement and self-importance.

Just Stop Oil will not be deterred by a death or two. 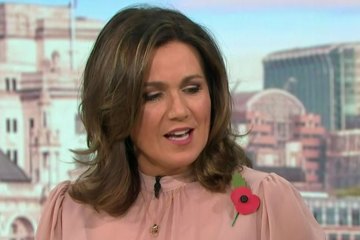 ‘piers will be proud’ 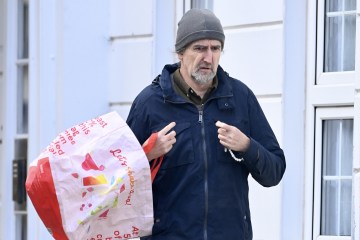 They will feign sorrow and blame the Government.

If you are deluded enough to believe only your opposition to North Sea oil can save millions of lives you are capable of anything.

Really? All we see is anarchy.


Mum was baffled after grater didn't work, I was in hysterics at epic fail

Even militant vegans defying the law.

And woke police struggling to prevent any of it while wrongly nicking reporters doing their jobs instead.

What were those cops thinking?

If eco fanatics have no fear of jail, our judges must instil some — by handing out the maximum prison terms allowed.

And those must be increased in law.

Britain is sick of these extremists.

No Government can let a criminal cult inflict such routine misery on its people.

WE applaud Rishi Sunak’s determination to balance the books.

But is that it? Does his Government have any other plan?

For days we have heard nothing but blood-curdling Treasury hints that taxes will soar and spending will be slashed.

We hope Chancellor Jeremy Hunt is just preparing us for the worst before unveiling gentler measures next Thursday.

He should spare a thought, though, for the lowest-paid . . . for them the uncertainty of each steer is terrifying.

Whatever he decides, he and the PM must remember that the Tories cannot just be about fixing the economy, vital though that is.

They DO need a plan for growth, attracting investment and jobs and capitalising on Brexit’s potential.

Instead they have binned every growth idea Liz Truss had and intend to hammer businesses, savers, high-earners and entrepreneurs with tax hikes.

Won’t that simply ensure our decline?

The Tories must rebuild their reputation for economic competence.

But Hunt must not throw the baby out with the bathwater.

Here’s a reminder about HIS.

Jobs with the WORST bosses revealed – is yours on the list?

He saw Tom Watson ruled unfit for the Lords after promoting a paedophile’s “abuse” fantasies which ruined innocent lives — and gave him a peerage anyway.

So much for judges of character.