AS far as classic global holiday traditions go, the Elf on the Shelf is high up there.

Families can buy an Elf on the Shelf and “adopt” it all throughout the festive season to watch over their kids.

When does Elf on the Shelf leave?

According to The Elf on the Shelf: A Christmas Tradition, the night before Christmas, an elf’s job comes to an end.

On December 24, most Scout Elves say farewell to their families and fly back to the North Pole following Santa’s sleigh.

Any later, they are past their elf expiry date. 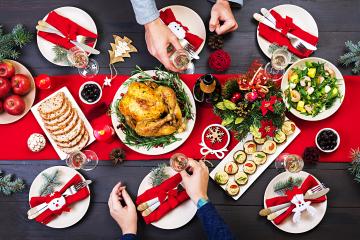 They leave because they hitch a ride with Santa on his sleigh after he leaves presents under the Christmas tree.

Children say their goodbyes to their new pal before going to bed.

When did Elf on the Shelf arrive?

Most elves arrive during the official Scout Elf Return Week, which is November 24 through to December 1, according to the official Elf on the Shelf website.

RUMBLE IN THE JUNGLE

This gives the elves a few weeks of mischievous fun.

How can you make Elf on The Shelf fun?

Well, you could name them for a start.

Each elf does not come with a moniker.

Therefore,  it is up to your family’s job to name them.

Below are some examples:

Where to buy Elf on The Shelf?

You can buy the Elf on The Shelf from the following retailers.

Some may also sell accessories including clothing and pets too.

BRITS can look forward to a clear, dry weekend but need to be braced for a cold spell coming with temperatures dipping to -2C. Many people will be able to enjoy...

Boy, 16, to appear in court today charged with stabbing Holly Newton, 15, to death outside takeaway

A TEEN boy is due to appear in court today charged with stabbing a 15-year-old girl to death in the street. Holly Newton was knifed shortly after leaving school on Friday...

What is a state school and how is it different from a private school?

DECIDING the path for your child’s education can be a big decision for parents. Knowing the differences with the schooling available in the country can ensure that you are best placed...

A MUM ordered her three kids to leave their house before setting it alight while still inside, a court heard. Cheryl Duggan was said to be struggling to cope when she...

SNOW and ice warnings cover much of the UK today amid bitterly cold temperatures. The chilly snap is bringing the white stuff to southern England, Wales, Scotland and Northern Ireland. Andy...

Boy, 17, charged with murder after woman in her 50s found dead at home in St Leonards-on-Sea

A BOY has been charged with murder after a woman was found dead at home. Cops rushed to the house on Hollington Old Lane in St Leonards, East Sussex, just after...